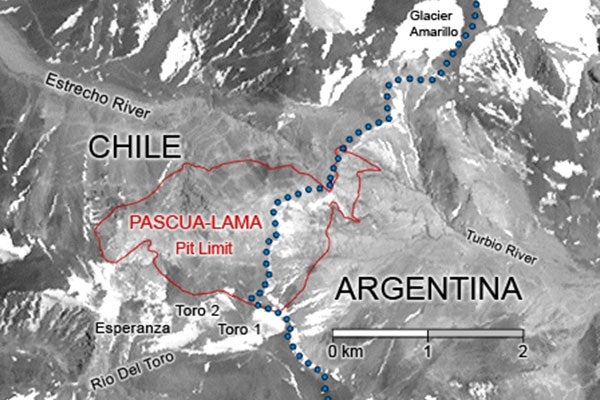 A Chilean appeals court has suspended all construction work on the $8.5bn Pascua-Lama mine until Barrick Gold complies with all the enforced environmental standards.

This order comes in favour of the indigenous Diaguita community, which claimed that the project would pollute the water downstream and accelerate the melting of the nearby glaciers.

The Pascua-Lama mine is an open-pit mining project located in the Andes Mountains, on the Chilean-Argentine border and contains gold, silver, copper and other minerals.

The court ruled that the company must complete the mine’s water management system in compliance with the project’s environmental permit and to the satisfaction of Chile’s Superintendence of the Environment.

A three-judge committee’s decision to suspend the construction work is in line with a freeze already imposed by the country’s environmental regulator in April 2013 due to violations.

The Diaguita indigenous community has filed a petition for the closure of the project.

Barrick Gold’s plea to re-open the project was rejected by an appellate court in Copiapó on 24 April 2013.

"A three-judge committee’s decision to suspend the construction work is in line with a freeze already imposed by the country’s environmental regulator in April 2013 due to violations."

Diaguita attorney Lorenzo Soto told Reuters that if his clients find the measures imposed by the appellant court too weak, they could ask the Chilean Supreme Court to revoke the Pascua-Lama permit.

"If we appeal it would be because the safeguards as ordered aren’t sufficient," Soto said.

Barrick has submitted a plan that is pending review by the Chilean regulatory authorities that will construct the project’s water management system in compliance with permit conditions.

If the authorities approve the plan, the company intends to complete the water management system by the end of 2014 so that it can recommence the remaining construction work.

Due to several problems surrounding the project, Barrick announced late in June that it would delay the production at the gold and silver project until mid-2016.

Image: Pascua Lama open-pit mining project is located in the Andes Mountains on the border of Chile and Argentina. Photo: courtesy of Earthsound.