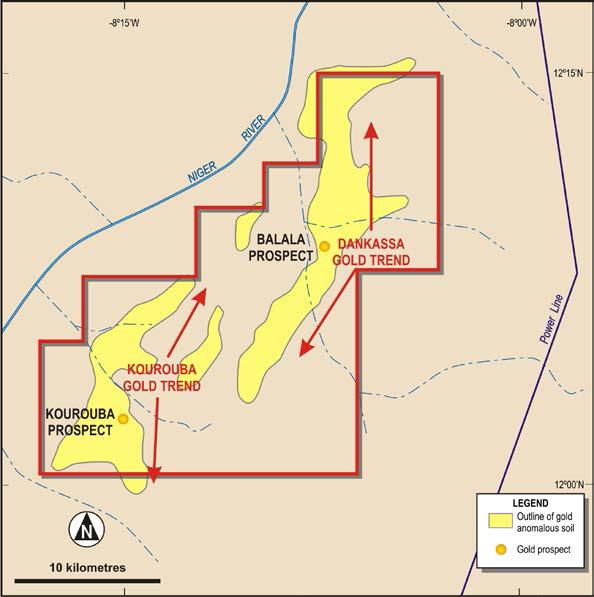 The drilling follows up a recently defined, highly anomalous 12km long gold trend at the Dankassa gold project in Mali.

Auger and aircore drilling programmes at the Dankassa gold trend identified a coherent bedrock gold anomaly that extends for 12km in a north-south direction.

Birimian Gold said these drill results, including work over the last eight months, has confirmed the presence of significant bedrock gold mineralisation.

The new drilling programme is the company’s third in the last eight months, with results expected to be revealed over the coming months.

Birimian Gold is active in several gold projects in West Africa, considered a gold rich region which has produced in excess of 250 million ounces of gold from large, low cost mines.