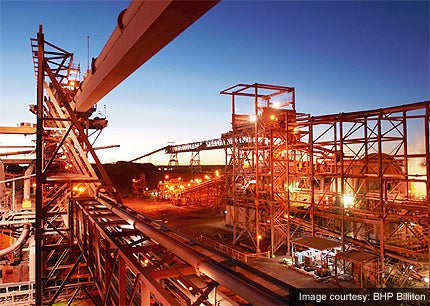 The company said it will investigate an alternative, less capital-intensive design to the open-pit copper expansion, involving new technologies to improve the economics of the project.

"As a result [BHP] will not be ready to approve an expansion of Olympic Dam before the Indenture agreement deadline of 15 December 2012," the company said in a statement.

BHP will also delay the approval of all major projects until 2013, as it battles rising capital costs.

BHP Billiton CEO Marius Kloppers commented, "As we finalised all the details of the project in the context of current market conditions, our strategy and capital management priorities, it became clear that the right decision for the company and its shareholders was to continue studies to develop a less capital-intensive option to replace the underground mine at Olympic Dam."

"As with any capital commitment, all investment options are scrutinised as they move through our approvals process and our highest returning projects are prioritised. Value is always our primary consideration. We believe today’s decision reflects an appropriate, prudent and disciplined course of action," added Kloppers.

BHP also reported a net operating cash flow of $24.4bn, down 19% compared to the previous year.

Image: BHP Billion will delay of the expansion of the Olympic Dam project. Photo courtesy of: BHP Billiton.