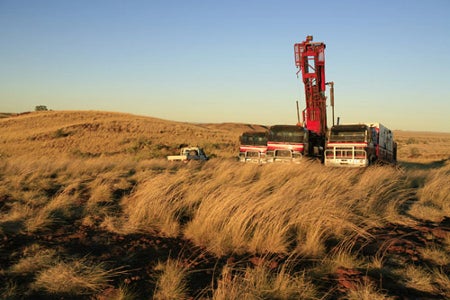 Australian iron ore company Atlas Iron said it is on track to export up to 7.7 million tonnes of iron ore in the 2013 financial year after commencing production at its third Pilbara iron ore mine, Mt Dove.

The firm said the news represents a stepping stone towards achieving its Horizon production target of 12MT.

Atlas managing director Ken Brinsden said, "With the commencement of production and haulage at Mt Dove, Atlas remains on track to export between 7.2Mt and 7.7Mt in the 2013 financial year."

"Atlas has a proven track record in Pilbara mine development having now brought three mines into production within four years. The company is on target to bring five mines into production in five years with the addition of the Abydos Mine in June 2013, and the first phase of the Mt Webber Mine (subject to Board approval) in December 2013," added Brinsden.

Construction first commenced at Abydos in May 2012, with installation of the construction camp. First production and haulage to port is scheduled for June 2013 at a rate of 2-3Mtpa.