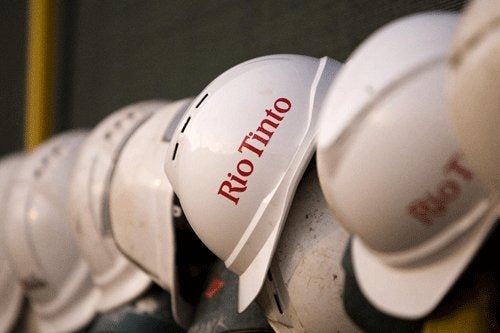 The $14bn writedown reported by Rio Tinto last week is "unlikely" to pull down the firm’s credit rating, says Moody’s.

According to the credit ratings agency, while the writedown is credit negative, Rio Tinto’s diverse production portfolio will help the company overcome the negative impact.

"The roughly $14 billion charge is non-cash and will have no effect on Rio Tinto’s ratings or outlook at this time. Still, the size and cause of the write-down, most of which was concentrated in the company’s aluminium business, indicates that the segment will continue to perform at, or slightly below, break-even profitability while unfavourable market conditions persist," Moody’s said in its report.

Rio Tinto incurred an impairment charge of $11bn following the unsuccessful acquisition of Alcan and another $3bn after the government in Mozambique rejected a plan to send coal down the Zambezi river.

The company also expects to report a number of smaller asset write-downs in the order of $500 million, it said in a statement on Thursday.

Rio had purchased Canada-based Alcan in June 2007 and Mozambique coal miner Riversdale in 2011.

The company paid $44bn for the Alcan operations, including debt, but wrote down its value by nearly $9bn in February 2012.