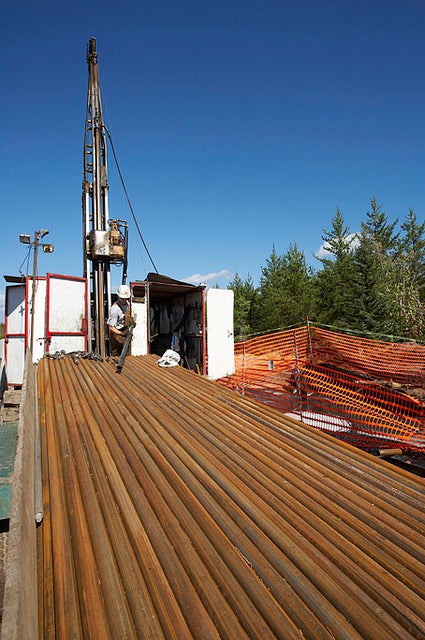 Mining major Rio Tinto has signed a binding agreement with Toronto-based Lundin Mining to sell its Eagle nickel and copper mine project in northern Michigan, US, for $325m.

According to the terms of the agreement, Lundin will pay $250m for the site and another $75m for construction before closing the deal.

The Eagle project, which was discovered by Rio in 2002, is located in Michigan’s Upper Peninsula.

The construction of the Eagle project, which includes high-grade underground nickel-copper mine and mill, started three years ago and is nearly 55% complete.

Initial production is expected to commence in Q4 of 2014.

The total value of the project is estimated at $770m and so far Rio Tinto has invested approximately $355m in the development.

Annual production during 2015-2017 is expected to average around 23,000t of nickel and 20,000t of copper, in addition to by-product credits of precious metals and cobalt.

Rio Tinto chief financial officer Chris Lynch said that the sale of Eagle demonstrates the company’s renewed focus and discipline in the way it allocates capital.

"We are making good progress on a number of other potential divestments as part of our goal to achieve substantial proceeds from divesting non-core assets.

"Rio Tinto will continue to manage Eagle to the highest safety and environmental standards during the transition to the new owner," Lynch added.

The deal is subject to regulatory approvals and is expected to be completed in the third quarter of 2013.

Upon acquisition, the Eagle project will be Lundin’s first mine in North America.

Lundin Mining is a diversified base metals company with operations across Portugal, Sweden and Spain.