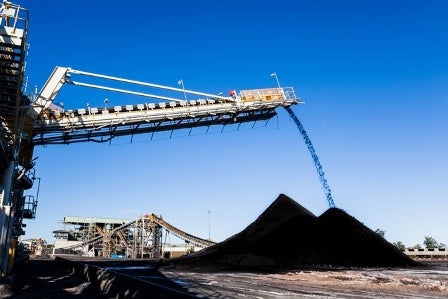 The Kestrel mine is located 40km north-east of Emerald and is the company’s only underground coal operation.

According to the company, the latest extension will add around 20 years to the mine’s life.

Kestrel mine general manager operations John Coughlan said that the mine processes quality coking coal for export through the longwall method and expects to see its first shipment from the new area of the mine in the coming weeks.

"Over the coming year and a half we’ll see a gradual transition of production as our existing operation, known as Kestrel North, winds down and the new Kestrel South operation ramps up," Coughlan said.

"Kestrel South is expected reach full capacity by the end of 2014 and produce an average of 5.7 million tonnes each year over the next 20 years."

"According to the company, the latest extension will add around 20 years to the mine’s life."

Besides construction of a new longwall and infrastructure such as a 7.9km overland conveyor, the mine’s coal handling and preparation facility was upgraded, all of which would enable the mining of a new series of underground panels to the south of the current operation.

Coughlin added: "Our new 375m longwall was fully assembled for testing on the surface before being pulled back apart to go underground. This longwall will deliver a range of safety and production improvements, including automation."

The extension of the mine, which generates coking and thermal coal, is expected to help the company in the long-term supply of coal to customers such as Japan, Korea, Taiwan, Europe, India and China.

Kestrel Mine is operated by Kestrel Coal on behalf of a joint venture formed between Rio Tinto Coal Australia (RTCA) and Mitsui Kestrel Coal Investment, a subsidiary of Mitsui Group.

RTCA owns an 80% stake in the mine, while the remaining interest is held by Mitsui Kestrel.

The mine employs more than 400 people.