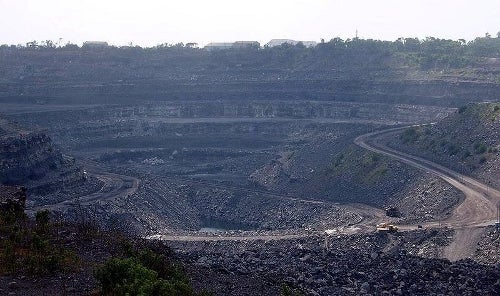 Annual production from the Moher and Moher-Amlohri coal mines is expected to be in the region of 20 million tonnes.

Commenting on the commencement of production, Reliance Power chairman Anil D. Ambani commended the efforts of the company in optimising coal production by employing the latest technologies in coal production.

Ambani also highlighted the scarcity of coal as the biggest challenge faced by the Indian power sector.

"We are developing the coal blocks to exacting international standards of operations, safety and productivity with the finest team available, not only in the country but also overseas," added Ambani.

The equipment deployed at the mines includes giant rope shovels, dumper trucks, bulldozers and graders, as well as service draglines with a 61m³ bucket to be also engaged soon.

Reliance Power CEO J.P. Chalasani said, "We remain committed to increasing coal production in India to reduce imports and save precious foreign exchange. For the Sasan mines we have deployed the largest, state-of-the-art mining equipment ever used in Indian mining history to produce coal."

Image: Reliance Power will produce 20 million tonnes of coal per year from the Sasan mines. Photo courtesy of Deepak.