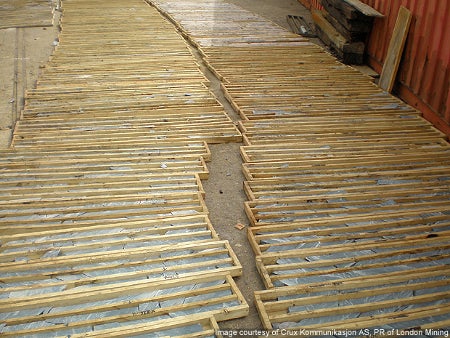 The company achieved a quarterly iron ore concentrate production of 546,000 metric tonnes, representing an increase of 46% from the previous quarter, and sales for the quarter increased by 30% to 387,000 metric tonnes.

Mining productivity was enhanced at the company’s wholly owned operations at Marampa in Sierra Leone during the fourth quarter with the employment of a new mining contractor.

London Mining chief executive Graeme Hossie said, "London Mining has had an excellent finish to its first year of production at Marampa with a 46% increase in quarterly production allowing us to beat the full year production target we set in January 2012."

"We have also started commissioning of the second plant, which positions us well to meet our target of increasing capacity to 5Mtpa at an operating cost of under $50/t," Hossie added.

Production was also improved due to better plant availability and metallurgical recoveries.

London Mining loaded 24 oceanic vessels for export over 2012 and achieved increased sales at an average price of $93/dmt after deduction of freight during the fourth quarter of 2012, more than $77/dmt in the previous quarter.

The firm has also upgraded its transhipment capability following the commissioning of a floating offshore transhipment platform and mobilisation of second transhipment vessel.