Rio Tinto's Bingham Canyon Mine shut down after landslide
Menu 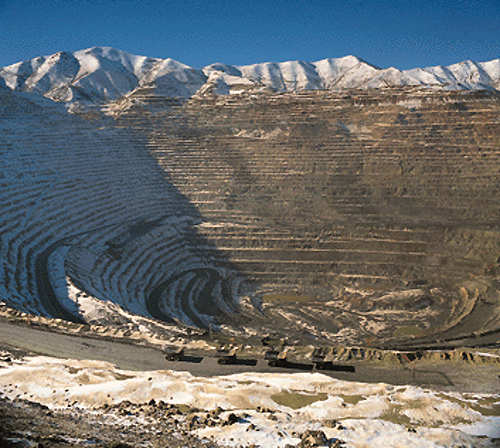 A landslide at one of the Rio Tinto‘s largest copper mines in the US has extended further into the pit and caused greater than expected damage to equipment, resulting in a temporary shutdown of operations at the site.

The landslide, which occurred at Bingham Canyon Mine on April 10, has left debris extending from the top of the mine to its floor, causing huge damage to equipment, reports Reuters

Rio’s subsidiary Kennecott Utah Copper, which operates the mine, said in a statement that all employees were safe and accounted for and have been evacuated from the mine location.

According to initial reports from Kennecott, a movement was identified within the mine by company experts who took immediate actions before the occurrence of the slide, reducing the impact of the incident.

The mine’s north-east wall has slipped over a millimetre every day, which increased to up to 5cm per day on the day of the landslide.

Following the landslide, the Mine Safety and Health Administration ordered the company to stop work until further notice and has blocked entry to the mine.

Kennecott’s officials said in an emailed statement that the company does not have information regarding the magnitude or impact of the slide, reported Reuters.

The company is awaiting federal approval to send experts inside an open-pit copper mine to evaluate the damage caused by the massive landslide.