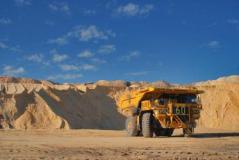 India-based natural resources, power and construction company Lanco Group is planning to raise $1.2bn to fund its mine expansion programme in Australia.

The company said it is willing to divest a majority stake in the Griffin Coal Mines in order to enhance capacity, strengthen a rail line and build a new port jetty at the project.

Lanco chairman Madhusudhan Rao told reporters at the company’s AGM that $1.2bn is required for the mine’s expansion.

"For Griffin coal expansion, we have plans to achieve financial closure by July 2013. We are looking at some sort of a strategic partner also to join."

"We are not looking at [holding] majority stake. We will look at a shareholders agreement where our position is in control like our Kondapalli power project, where we have 36% stake and shareholder agreement gave us control," Rao added.

Rao believes that the upgrade of the port will cost around $500m. $100m will be allocated for the rail upgrade, with any balance to be spent on mining itself.