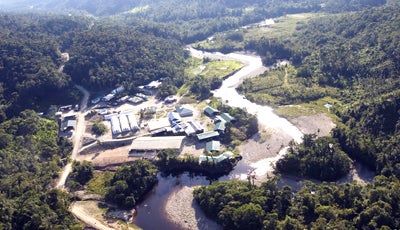 Canadian mining company Kinross Gold has decided to pull out of its Fruta del Norte (FDN) gold project in Ecuador due to a deadlock in negotiations with the government over a windfall tax on sales.

The Wall Street Journal reported that a 70% windfall tax on revenues above a pre-negotiated base price was one of the major issues prompting the company to exit the project.

The government also declined to permit the sale of the project or extend the licence beyond the deadline of 1 August.

Kinross Gold CEO J Paul Rollinson said that the company respects the Government of Ecuador’s sovereign authority and its right in developing its resources.

"We have said that we will exert strict capital discipline across our company, that we will allocate our capital only to projects which meet our investment criteria, and that we will only enter into agreements that are in the best interests of the company and its shareholders," Rollinson added.

The decision to halt the development of the project would incur a $720m charge, of which $700m would be a non-cash item reflecting its net carrying value of the project, while the remaining amount represents accrued severance and closure costs.

"After a great deal of effort to arrive at a mutually agreeable outcome, it is unfortunate that the parties were unable to reach an agreement on FDN which would have met those criteria," Rollinson said in a statement.

Fruta del Norte is located in the south-eastern province of Zamora Chinchipe and has mineral reserves of 6.8 million oz of gold and 9.1 million oz of silver.

Since 2003, Kinross Gold invested about $1bn in the country and intended to invest another $1bn to construct the mine.

The company’s plans to exit the project would be a major blow to Ecuador, which has been drafting mining laws in an effort to attract investments.

Ecuador has abundant resources but they are largely untapped and the high tax rates could be an obstacle for overseas investments.