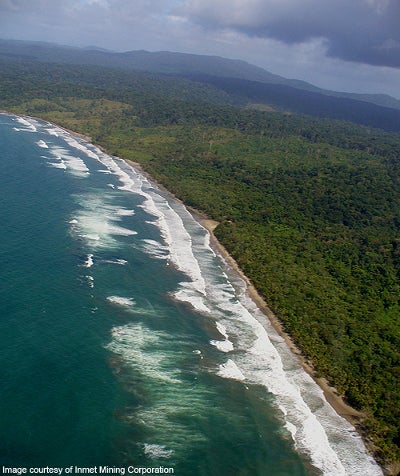 Canadian mining company Inmet Mining has announced the closure of a $500m senior notes offering that it will use to develop the Cobre Panama copper project in Panama.

The proceeds will be used to develop and potentially expand the Cobre project and for general corporate purposes.

Located 120km west of Panama City and 20km from the Caribbean coast, the project comprises four zones spread across 13,600ha in the district of Donoso, Colon province, in the Republic of Panama.

Additional mineral reserves were identified from the Balboa, Brazo and Botija Abajo deposits.

The company has integrated the additional reserves into a revised mine plan, thereby extending the projected mine life from 31 to 40 years.