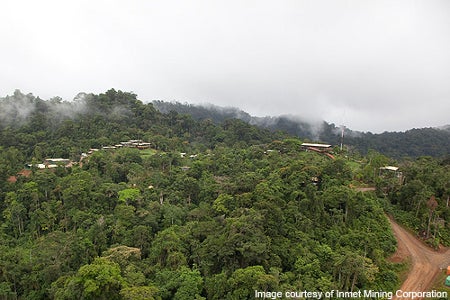 Canada-based Inmet Mining has again rejected a $5bn hostile takeover bid from First Quantum and recommended its shareholders refrain from accepting the offer.

The company said in a statment on Tuesday that First Quantum had made no attempt to increase its offer depite being allowed access to its Cobre Panama Project, the largest mining project in Central America.

"Despite its communication to Inmet shareholders stressing the link between due diligence and its ability to increase the offer, First Quantum has not increased its offer to date," Inmet said in a statement.

Meanwhile, First Quantum said it will continue to negotiate a minority stake sale in the Cobre Panama project.

"Such transaction is expected to support a higher valuation than what is implied through the First Quantum offer and would further mitigate the capital risk of Cobre Panama," stated Inmet.

Earlier this month, First Quantum chairman and CEO Philip Pascall said that a number of Inmet shareholders have expressed their concern to Inmet regarding the proposed sale of a further minority interest in the Cobre Panama project, "depriving Inmet shareholders of the opportunity to consider our offer."

Inmet has insisted, however, that any sale will be structured so as not to impede access of shareholders to the offer.