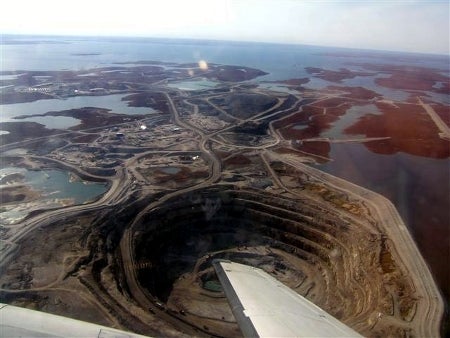 Operating profit was reported at $10.3m for the quarter compared to a loss of $2m for the same period in 2011.

Production of rough diamonds for the quarter ending 30 September 2012 was 0.77 million carats (40% basis), comparable to the same period last year.

The company reported a significant increase in rough diamond sales with earnings of $84.8m, more than 134% compared to $36.2m worth of sales in the same quarter in 2011.

The increase in sales was attributed to a 286% raise in carats volume during the period.

"Our luxury brand business has demonstrated strong growth in its bridal jewellery sales, with the higher margins and broader base that this implies, while the Diavik Project has successfully switched fully to underground ore production," Gannicott said.

"The rough diamond market has recovered its poise as optimism returns in America, still the world’s largest consumer of diamond jewellery."

For the full financial year, Harry Winston expects to produce 7.1 million carats from the Diavik Diamond Mine. But this target is a drop from its earlier production goal of 8 million carats.

The company owns 40% of the Diavik diamond mine while Rio Tinto Plc (RIO.L) owns the rest of the mine and is responsible for operations.