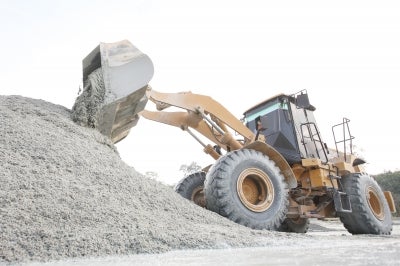 Rio Tinto has signed a land use agreement with the Yindjibarndi Traditional Owners in the Pilbara region of Western Australia.

The deal provides the company with approvals for future exploration, infrastructure and mining on land in which the Yindjibarndi people have either received a determination or where their claim is still in progress.

The agreement encompasses a 13,000km² area that is located in the central area between Tom Price and Karratha and includes both Rio’s major rail lines and supporting infrastructure, as well as some deposits listed for future development

When the Amazonas Potash Property in Brazil is developed into a mine the companies will sign an official off-take agreement following which Pacific Potash will sell up to one million tonnes of potash every year at the future international market price for potash to CapitalAsia or a buyer chosen by it.

The off-take agreement will be for the lesser of 20 years or the life of the mine.

Phoenix Gold has completed the acquisition of the Kintore Tenement P16/2577 in the Eastern Goldfields of Western Australia.

Freyja Resources, a mining exploration company, has entered into a pre-acquisition agreement with Cyprium Mining.

Under the agreement, Freyja will make an offer, on or before 15 July 2013, to acquire, through a take-over bid, all issued and outstanding common shares of Cyprium and will offer common shares of Freyja on a one-for-one basis.

Freyja has also agreed to exchange all of the current issued and outstanding shares purchase warrants of Cyprium for warrants to buy Freyja shares that have similar terms.

The firm paid $6m to purchase the remaining 45% interest in the Taviche Oeste Concession.

The transaction provides the company with approvals to advance exploration work on Trinidad North discovery, which contains high grade gold and silver.

Fortuna is a silver and base metal producer focused on mining opportunities in Latin America. Its primary assets are the Caylloma silver mine in southern Peru and the San Jose silver-gold mine in Mexico.