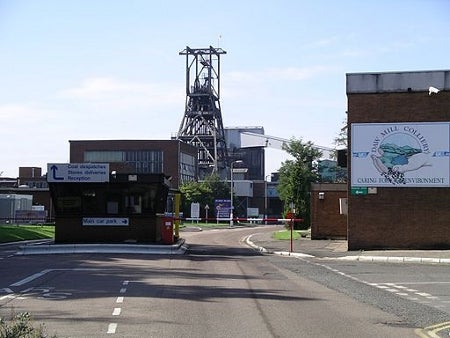 Daw Mill Colliery, the UK’s biggest coal producer, may be shut down indefinitely following a major fire at the underground mine in Warwickshire.

Owner UK Coal said in a statement on Monday that it does not expect the mine to be recovered to operational status in "anything less than three to six months".

The fire broke out on Friday 8km from the bottom of the main shaft, and rapidly took over the tailgate area.

UK Coal initially evacuated 94 miners, while 14 trained workers remained underground to extinguish the fire. Increasing severity of the fire, however, forced the company to evacuate all remaining miners late on Friday evening.

UK Coal chief executive Kevin McCullough remarked that the fire was on a scale not seen for decades.

"From the mine workers that fought the fire initially to the mine management team that evacuated all workers safely – everyone played their part.

"The suddenness of the fire and its ferocity is something we train for and hope never to see, so the safe evacuation of over 100 miners is something the whole team can be proud of," McCullough said.

The company reported that the fire was a result of spontaneous combustion at an abandoned coalface where equipment recovery was ongoing.