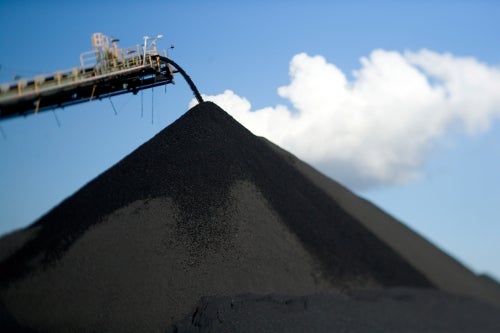 Global coal producers are set to further scale down investments in thermal coal as regulations against harmful emissions from burning fossil fuels eat into production margins.

Production of coal is expected to decline as lower prices and reserves, in addition to tighter regulations, continue to exert greater pressure on the profitability for major mining companies.

The Australian government had begun imposing a A$23 ($24.00) tax for each tonne of greenhouse gas emitted from using coal and other such fuels, while similar measures will be soon in place in Europe and the rest of the world.

Companies will also need to purchase permits for CO2 emissions from 2015 that will result in further contraction of demand, reported Reuters.

Through the emissions trading scheme, European regulators will cut the number of free permits to power producers starting in 2013.

Several old power plants that use coal are expected to close due to the Large Combustion Plant Directive in Europe that aims to cut soot emissions and acid rain pollution.

The US also has plans to implement tighter regulations against coal-fired power plants starting 2013, while China, one of the highest consumers of coal, is laying a framework to reduce its carbon footprint by 45% before 2020.

Regulatory initiatives notwithstanding, a declining preference has been established against coal to meet global energy needs.

Given the downturn in demand and preference to coal, BHP Billiton has already laid out plans to halt expansions in the coal sector.

"Developing countries want low-cost energy, but you can’t deal with the carbon consequences over the long term," Randolph opined.