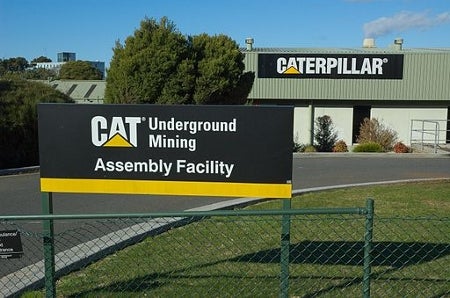 Construction and mining equipment major Caterpillar said it has generated $65.8bn in sales and revenues in 2012, a 10% increase on 2011 figures.

The increase in revenues was achieved despite economic uncertainty in Europe and the US and a $580m impairment charge the company incurred after uncovering accounting misconduct at a Chinese company it purchased last year.

But fourth-quarter profits dropped by 55% due to the writedown, reported last week, as well as fewer machinery sales.

Caterpillar chairman and CEO Doug Oberhelman said 2012 was a successful year from an operational standpoint.

"Our incremental operating profit pull through was very good, we made progress adjusting inventory levels, and our quality and safety indicators continued to improve," said Oberhelman.

Looking ahead to FY2013, Caterpillar projects sales and revenues between $60bn and $68bn.

"The range of our 2013 outlook reflects the level of uncertainty we see in the world today. We’re encouraged by recent improvements in economic indicators, but remain cautious," added Oberhelman.

The company expects China’s economy will continue to improve, but not to the growth rates of 2010 and 2011.