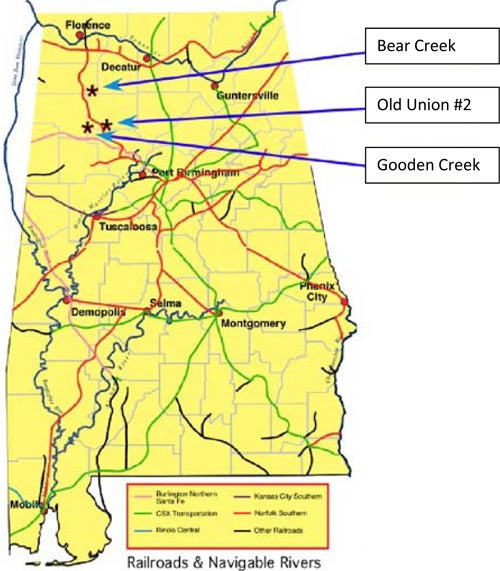 Birmingham Coal & Coke (BCC), a subsidiary of CanAm Coal, has secured a permit from the Alabama Surface Mining Commission to commence mining at the Old Union II mine in Alabama, US.

The five-year permit will enable the company to commence operations at the mine, which covers 1,393 acres of land.

The permitted area is expected to produce 1.2 million tons of total recoverable coal, with production scheduled for September 2012.

The existing Old Union mine produced approximately 110,000t during the January-June 2012 period and the combined Old Union properties are projected to generate 360,000t to 400,000t of coal per annum.

A second lease, referred to by the company as the H.H. and Alice Kilgore property, will be added to the Old Union II mine permit, covering approximately 93 acres.

The indefinite term lease includes industry standard royalty provisions with no advance minimum royalties and allows the company to mine throughout its life.

"In addition, the acquisition of the Kilgore property will save us time and money as we avoid having to undertake a major bridge project," said Lewis