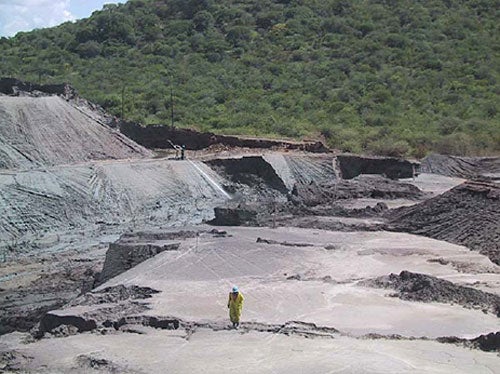 Caledonia Mining has reported a 3.9% increase in gold production at its 49%-owned Blanket mine, in Zimbabwe, for the third quarter ended 30 September 2013.

The mine operates at a depth of around 750m below surface and currently has a production capacity of around 40,000oz of gold per year.

Caledonia acquired the Blanket Mine from Kinross Gold in April 2006 while in 2012, the company agreed to divest a 51% stake of Blanket gold mine to Indigenous Zimbabweans for $30.09m.

Under the deal, a 16% stake was sold to the National Indigenisation and Economic Empowerment Fund, while 10% was divested to a management and employee trust for the benefit of the present and future managers and employees of the Blanket mine.

Blanket mine has made significant progress in recent years; gold production has increased around 300% from 3,148oz in the first quarter of 2010 to 10,533oz in the fourth quarter of 2011.

Blanket board approved a capital investment programme for 2013 and a four-year growth strategy for 2014 to 2017.

The investment programme, which is estimated at $37m, will be funded from Blanket’s internally generated cash, and is expected to result in increases in gold production to about 76koz in 2016.