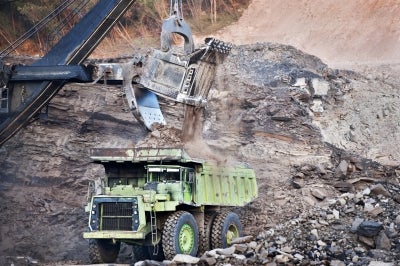 Australia’s federal Treasury Department has noted that the forecast of revenues from the Minerals Resource Rent Tax (MRRT) will be more accurate once the resource companies file their tax returns.

The government raised only A$126m ($131.4m) in the first six months of implementation of the controversial mining tax, far short of predicted annual estimates of A$2bn ($2.08bn).

But during a Senate hearing into the mining tax, Treasury secretary Martin Parkinson said that the officials who made the forecasts were not aware of the value of the assets owned by the mining companies and the deductions that would be claimed.

The size of the starting base deduction and the pace at which it was being written off are among the key details that the Treasury could not ascertain, and are possibly the reasons why the predictions were so off the mark, Parkinson added.

Starting base is the difference between the book value and the market value of a miner’s assets.

It could take anywhere between three and 12 months for companies to file their tax returns, reports ABC.

The explanation by the Treasury, however, drew flak from Liberal Senator Mathias Cormann, who asked why the Government signed off the mining tax when important factors required for forecasts were missing.

Parkinson said that was a question for the Government.

The MRRT, which was introduced on 1 July 2012, imposes tax on 30% of the ‘super profits’ earned by iron ore and coal mining companies.

Image: Major mining companies have opposed the MRRT, stating that it would negatively affect their competitiveness. Photo: worradmu/FreeDigitalPhotos.net.