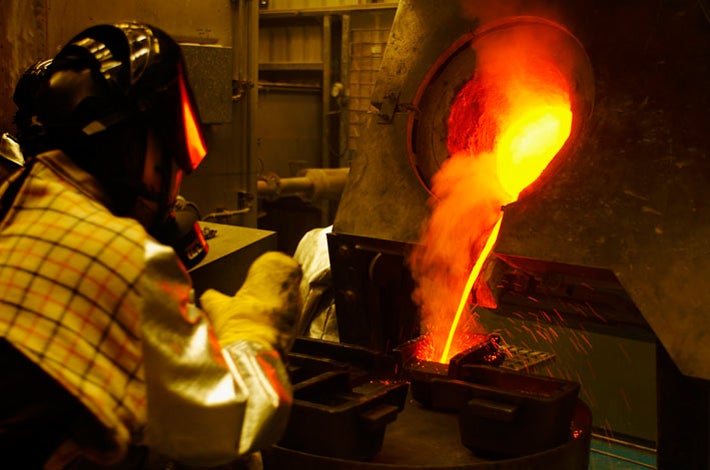 Australia-based Newcrest Mining expects to write-down as much as $5.75bn following a business review for fiscal 2014 in response to the steep drop in gold prices and surging production costs.

According to the company, the expected write-down would take its debt level comparative to equity, reports The Wall Street Journal.

Newcrest is one of the biggest gold producers in Australia and has mines in the Ivory Coast, Papua New Guinea and Indonesia.

Declining prices in precious metals prompted the company to focus on lower-cost mining operations, and cut down the budgets for scoping studies and exploration activities by 20%.

In April, prices of gold had seen the largest slump in over 30 years and this year alone they fell by 16%.

Newcrest is also looking to close its Brisbane office, which will lead to some job cuts; in March, the firm axed 150 jobs in Brisbane and at its headquarters in Melbourne.

The expected write-down may comprise a goodwill charge of about A$3.6bn ($3.42bn) on its Lihir gold mine, which was acquired by Newcrest following its acquisition of Lihir Gold firm in 2010 for A$10bn ($9.49).

Last week, Barrick Gold, the world’s largest gold miner, announced its plans to reduce its workforce due to tough trading conditions. It has already axed 22 jobs at the Kanowna mine and intends to shut down its greenfields exploration site in Perth.

Image: Lihir gold mine was acquired by Newcrest in 2010. Photo: Newcrest Mining Limited.