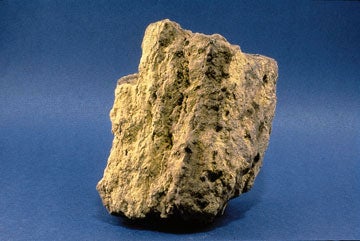 Cauldron will offer one share for every eight shares of Energia Minerals, which represents a value of A$0.034 ($0.035) for each Energia share.

This value represents a 30% premium to the closing price of $0.026 of each Energia share on 14 March 2013 and a 29% premium to five day Value Weighted Average Price.

The offer is subject to a minimum acceptance condition of 90% of the issued shares in Energia at the closing of the offer period.

Following the completion of the takeover bid, the merged entity will have control of a contiguous tenement package of more than 190km in a potential uranium area in the Carnarvon Basin region of Western Australia.

Cauldron has begun the process of preparing a bidder’s statement and will submit the document to the Australian Stock Exchange and Australian Securities and Investments Commission (ASIC).

Cauldron Energy executive chairman Tony Sage said; "By combining these companies we can create a uranium-focused entity that holds a dominant land position in an emerging and potentially significant uranium province.

"The new company will have the financial, material and human resources to advance multiple uranium deposits towards development, in an environment suitable for low-cost and environmentally friendly in-situ leach mining methods," Sage added

Cauldron has recently announced an increase in exploration targets from 25 to 30Mlbs, to 30 to 115Mlbs of U3O8 at a grade of 250 to 900ppm U3O8 at its Yanrey Project in Western Australia.

The Yanrey Project is near Paladin Energy’s Manyingee Deposit and Energia’s Nyang Deposit.

Image: If Cauldron takes over Energia Minerals it will have control of a contiguous tenement package of more than 190km in a potential uranium area. Photo: Svdmolen.