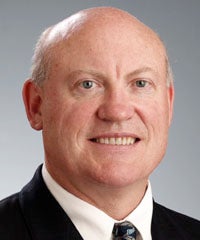 A decision by former Australian Labor minister Ian Macdonald to issue a licence to Doyles Creek mining in 2008 was a financial disaster for the state of New South Wales, a corruption hearing in Sydney has heard.

Opening Operation Acacia, the Independent Commission Against Corruption (ICAC) has been told that the former mineral minister’s decision to allocate the licence without tenders was made against the guidelines of the department.

It has been alleged that issue of the licence to Doyles Creek, owned by NuCoal Resources, allowed a group of Newcastle entrepreneurs including John Maitland, a former Construction, Forestry, Mining and Energy Union official, to turn an investment of $165,000 into a personal asset of $15m by 2011 end.

ICAC counsel-assisting Peter Braham SC stated that the former minister tried to mislead the state by terming the license as ‘training mine’ instead of ‘mining mine’, reports the Sydney Morning Herald.

Braham added that the training mine "was essentially gifted" to a group of investors, including Maitland. The result was a "financial disaster for the taxpayers of NSW and a gold mine for the investors", he told the commission.

ICAC will probe into Macdonald’s relationship with Maitland, who was a shareholder in NuCoal as well as the chairman of Doyles Creek Mining, and whether the former minister acted ‘negligently’ or breached his duties.

Operation Acacia is the third of three investigations undertaken by the commission to probe into allegations of corruption by the former Labor state government and follows the Operation Jasper probe into the Mount Penny licence issued by Macdonald in Hunter Valley.