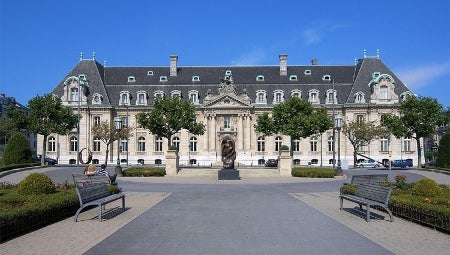 Steel manufacturer ArcelorMittal has applied for mining leases in the south Indian state of Karnataka, despite a temporary halt on the allotment of new leases in the region.

The company is currently exploring opportunities to invest $6.5bn in Karnataka, having failed to advance plans for several projects in India worth $30bn.

ArcelorMittal is looking to secure new leases for two large steel plants in Jharkhand and Odisha that were delayed due to challenges obtaining mining rights, regulatory approvals and construction permits, reports the Press Trust of India.

The steel giant concluded all processes to purchase the land and secured possession certificates for 2,659 acres of private land after the acquisition of 1,827 acres in December 2011 and 832 acres in October 2012.

"This leaves a balance of 136.33 acres of land owned by the Karnataka government, which is being processed for allocation," the company said.

The company is currently preparing a draft feasibility report for a proposed six million tonne steel plant in Karnataka and has commenced hydrological and environmental impact assessment studies.