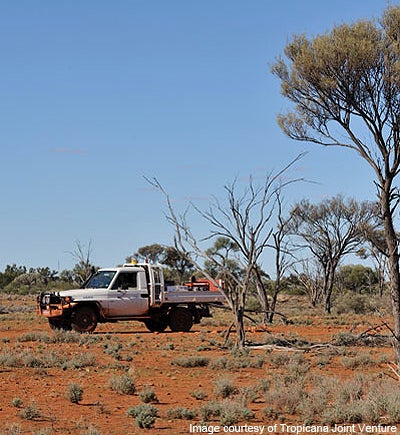 AngloGold Ashanti expects that capital expenditure for its Tropicana Gold Project in Kalgoorlie, Western Australia, is to increase by 11% from ealier estimates made in 2010, the miner said in a statement.

The expenditure is now pegged between A$820m ($852m) to A$845m ($878m), due to increases in construction labour costs and decreased productivity.

"Even in this environment, the team has done very well to contain project costs through tight scope and schedule control, in contrast to many other resources projects currently in construction," added Cutifani.

Tropicana Gold Project, a joint venture between AngloGold (70%) and Independence Group NL (30%), remains on schedule to begin production in the last quarter of 2013.

The increase is attributed to the additional drilling carried out as part of the Havana Deeps Pre-Feasibility Study (PFS) that focused on the down plunge and along-strike extents of the Havana ore body outside the Havana Pit.

Gold production for the first three years of operation remains in the 470,000oz-490,000oz per annum range; with associated cash costs escalating to A$590 per oz-A$630 per oz, due to an increase in fuel costs and introduction of carbon tax, AngloGold said.

The life of the mine has been increased to 11 years from the earlier estimated ten years.

Image: AngloGold Ashanti expects a 11% escalation in costs for the Tropicana Gold Project in Western Australia.