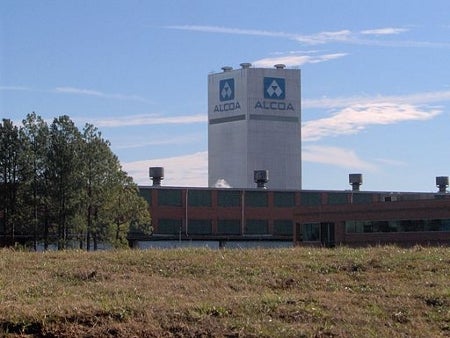 US-based Aluminum producer Alcoa has reported revenues of $242m for the fourth quarter of 2012, compared to a loss of $143 million in the previous quarter.

Income from operations for Q4 also reflected a considerable increase from a reported loss of $193m in the fourth quarter of 2011.

The decrease in earnings from the previous year was attributed to a 12% fall in the year-on-year realized aluminium price, which amounted to $1bn in market impact.

Improvements in productivity and overhead costs totaled $1.3bn, while net debt was demonstrated at its lowest since 2006 with $1.9bn cash on hand.

Alcoa chairman and CEO Klaus Kleinfeld stated that the company reduced debt and maintained cash position, parallel with profitability in its mid and downstream businesses.

"We overcame volatile metal prices and global economic instability to deliver on our targets for the fourth year in a row.

"We enter 2013 in a strong position to maximise profitable growth," added Kleinfeld.

The company has also forecast global aluminum demand to double over the next ten years and demand for the metal to increase by 10% in 2011, following a 13% growth in 2010.