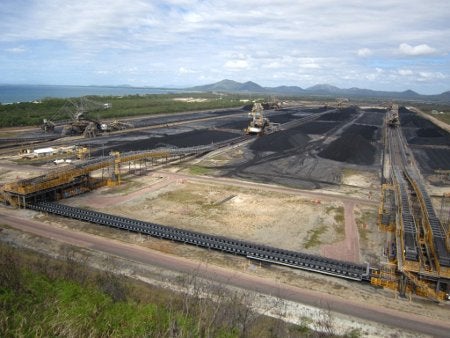 BMT, an international design engineering and risk management consultancy, has teamed up with Adani Mining to design the expansion at the Adani Abbot Point Coal Terminal at Abbot Point, north of Mackay in Queensland, Australia.

As part of the collaboration, BMT engineers from Australia (BMT WBM) and India (BMT Consultants India) will work with Adani at its head office in Ahmedabad, India.

The proposed expansion of the ‘T0’ coal terminal at Abbot Point will have the capacity to produce 70 million tonnes of coal per annum and, together with the existing ‘T1’ terminal, will deliver a total capacity of 120 million tonnes per annum.

These terminals will support the new Carmichael Mine in the Galilee Basin, north-west of Clermont, Queensland.

BMT WBM managing director Tony McAlister said that the company, in collaboration with its Indian offices, has established a strong relationship with Adani, to cover all aspects of civil infrastructure, mechanical and electrical design for the proposed port facility.

"We’re hard at work with the assembled teams to refine the initial designs in order to create the most energy efficient systems and designs, which will help to minimise initial capital expenditure and on-going operational costs for this important project for both Australia and India," McAlister said.

BMT believes that its knowledge of specific Australia standards, together with adherence to quality control practices will play a vital role in ensuring the successful delivery of the detailed design phase.

Image: The proposed expansion of the ‘T0’ coal terminal at Abbot Point will have a capacity of 70 million tonnes per annum of product coal. Photo: BMT Group Ltd.