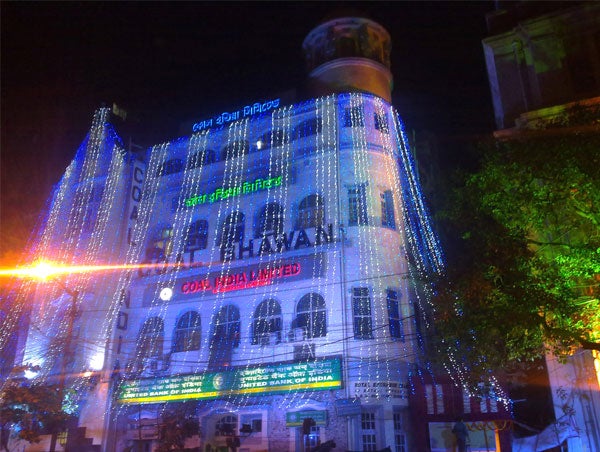 Research by environmental organisation Greenpeace has found that Coal India is misleading potential shareholders, by hiding the true level of its extractable reserves, which are expected to be exhausted in 17 years.

Greenpeace alleges that Coal India has failed to disclose to stock exchanges an internal assessment that shows its extractable coal reserves are 16% less than stated at the time of its 2010 listing – ‘in violation of Indian stock exchange rules’.

Greenpeace India has filed a complaint with the Indian Stock Exchange regulator against Coal India for concealing material evidence on the scale of their coal reserves, ‘in contravention of the terms of the Listing Agreement under the Indian Securities Contracts Regulations Act, 1956’.

"Greenpeace said Coal India is trying to pull the wool over the eyes of its present and future shareholders."

Greenpeace said the banks have a moral and legal responsibility to ensure material facts relating to exact reserves are disclosed to investors.

Ashish Fernandes of Greenpeace said Coal India is trying to pull the wool over the eyes of its present and future shareholders by hiding the fact that its extractable reserves are almost a fifth less than it claims.

"Coal India has a legal duty to tell the truth and they are failing to do that," Fernandes said.

"The big banks whose reputations are already tarnished following the 2008 banking crisis should be wary of getting into bed with Coal India, which is hiding the true nature of its reserves. This might be another opportunity for these four banks to turn a quick profit, but it is a recipe for disaster for potential investors in Coal India."