In the competitive world of application development, being first to market can be the difference between success and failure.

But with a global shortage of IT software developers, organisations often don’t have enough staff to meet their needs. Could low-code be the answer?

A low-code development platform allows people to build applications using pre-made blocks of code, as opposed to writing all the code from scratch.This is in the form of a graphic interface that effectively lets users drag and drop these blocks.Taking this principle one step further is no-code, which, as the name suggests, requires no coding at all. While there are different variants along this spectrum, low-code tends to be tailored to professional developers so that they can work faster, while no-code is more suited for those with little to no development knowledge.

“So what low-code says is ‘stop solving the same kind of mundane problem that every other person has’ – we’ve solved all that for you,” says Steve Wood, chief product officer at low-code provider Boomi, which was acquired by Dell in 2010.

Five must-read stories from the intersection of tech, business and politics

“The only problems you need to worry about are the ones that’re really unique or niche that are really specifically technically innovative.”

The concept of low-code isn’t new, with declarative visual tools first appearing around 25 years ago. But now they are a lot smarter, more intuitive and more widespread.Swathes of vendors, such as Mendex, OutSystems, as well as the likes of IBM, now offer varying low-code development platforms.Each is trying to secure a slice of a lucrative pie that is expected to be worth $53bn by 2024.

But is the hype justified, and is low-code right for your business?

What are the pros of low-code?

The main appeal of low-code is the shorter development life cycles it offers. Where a traditional, or ‘high-code’, approach can often take more than a year to create an application, the same project could be done in months using low-code.“Where we see most customers land is in the sort of one to three to sometimes six-month time period to get stuff done, to kind of operationalise around this new change,” says Wood.Building apps from scratch is “often a lot heavier on the engineering”, he adds, which means less attention is put on the organisational change.

“This is usually a mess, which is why a lot of software projects fail because everybody’s too busy building and coding and developing that they forget [to ask] ‘does that represent how the business works?’”

Paul Maguire, SVP EMEA & APAC at low-code provider Appian, agrees, pointing out that when an application is developed using traditional coding methods, the result isn’t always what the business is expecting.

“Most organisations have a requirement for unique business applications that typically can’t be met by traditional IT development techniques,” says Maguire.

“There’s too many applications and it will take too long to develop them using traditional coding approaches, syntax approaches, whether that’s java or C, or any other language.”

Low-code is also seen as a solution – of sorts – to a global shortage of programmers and developers.

“Whereas a low-code environment allows you to build business applications directly and collaboratively with the business professionals,” says Maguire.

“If you can give them the ability to create solutions, then what you end up with is something that’s far more powerful because it’s something that they really truly understand and also means that they now can be unleashed to create more innovation,” says Wood.

“It comes within the realms of a business that doesn’t have these elite SWAT team of professional developers on hand to code it. You have the people that are your employees, they show up for work every day.”

What are the cons of low-code?

For all the advantages of low-code, no solution is perfect for everyone’s requirements. One drawback is that users looking for a more bespoke application could be limited by the parameters of the low-code solution being used.In other words, low-code is well-suited to ‘solved problems’, in which the technical decision has already been made.However, Maguire disagrees that low-code can be limiting.

“We’re supporting customers in a wide array of functional and non-functional requirements, and I’m not aware of a situation where we’ve been working with customers where our capability can’t extend to support their needs,” he says.

Low-code has also faced criticisms over vendor lock-in, although some platforms are agnostic to this. With low-code platforms usually offered on a subscription basis, a business will also have to assess whether this represents a saving compared to hiring more developers. 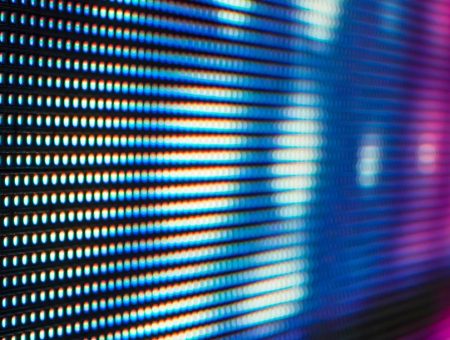 Is low-code a security risk?

Creating applications at such speed has raised some fears around security. With multiple organisations using the same blocks of code to underpin their apps, would a vulnerability then threaten all of the organisations using it?In theory, yes. But as Wood points out, it’s “much more likely” that a developer writing code from scratch will accidentally create a security flaw.“And you won’t really know because the code platforms don’t really understand what you’re building,” he says.

Low-code also effectively outsources much of the security testing and compliance to the vendor, says Maguire, where it will be put under more stress tests than a business out on its own.

“You’ve got that security standards and reliability, robustness and scalability all inherent within the Appian platform,” he says.

And if a vulnerability pops up in a piece of code underpinning low-code, all customers benefit from a fix being rolled out, resulting in what Wood describes as “community based security”.“I think that makes it far more powerful because we can improve the performance of security, the scalability, the elasticity of your applications without you even touching them,” he says.“That’s just not the case with code. If a security vulnerability shows up for you, and you’ve coded your thing and then you now have to patch that security vulnerability, you have to understand how it impacts the app.”

Who is it right for?

Low-code has been adopted across different verticals, from financial services to insurance.“It is relevant to almost any industry, but that’s servicing both business to business but also business to consumer as well,” says Maguire.“And again, has that need to quickly build applications to support the unique ways their business runs.”

“I think it tends to be you get the most value from larger organisations where they’re just struggling with the fact that they’ve got a whole bunch of stuff they want to produce using technology, but they’re just unable to resource it and find the people,” says Wood.