GlobalData, a leading data and analytics company, has revealed its global league tables for top 10 financial advisers in metals and mining sector by value and volume for Q1–Q3 2020 in its report, ‘‘Global and Metals & Mining M&A Report Financial Adviser League Tables Q1-Q3 2020’

As per GlobalData’s ranking, BMO Capital Markets took the top spot in terms of deal value by advising on 12 deals worth $4bn. 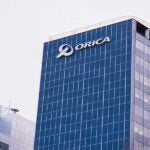 GlobalData financial deals analyst Aurojyoti Bose said: “Of the top 10 advisors by value, BMO Capital Markets was the only adviser to have double-digit deal volume. The firm’s involvement in big-ticket deals also helped it to outpace its peers by a great margin in value terms. The firm was involved in seven $100m+ deals.”

Bose further added: “Mining has remained a key sector for Canada’s economy and it is no surprise that the top three advisers by value and volume are also Canadian firms.”