BMO Capital Markets has emerged as the top financial adviser for M&A by both value and volume in the metals & mining sector for Q1-Q3 2021, having advised on 12 deals worth $13.3bn. 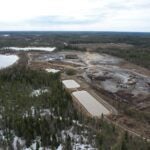 “The firm had tough competition from TD Securities for the top spot in terms of value, however, BMO Capital Markets managed to beat its competitors to the top spot due to its involvement in greater volume.”

Canaccord Genuity Group secured the second position in terms of volume with six deals worth $1.7bn. It was followed by TD Securities and Trinity Watthana Public Company. JP Morgan got the fifth position by volume with five deals worth $2bn.