Families of the victims of the 2011 Gleision Colliery disaster have called for an inquest investigating the causes and culpability of the accident ten years to the day it occurred.

The Gleision Colliery mining disaster was a mining disaster in south wales in 2011. It occurred at a tiny drift mine on a hillside near Pontardawe in the Swansea valley. The disaster led to the deaths of four miners; Charles Breslin, 62, David Powell, 50, Phillip Hill, 44, and Garry Jenkins, 39.

These smaller mines differed from the larger pits common in Wales in that they were dug sideways into hillsides into the coal seams themselves rather than vertically down through the rock. As a result many of the tunnels which the miners worked in were lower than a kitchen worktop, forcing them to crawl through on hands and knees.

The disaster was caused by a controlled explosion that aimed to connect the mine shaft through to the old workings to improve air circulation and improve the mines overall productivity. The mines manager Malcolm Fyfield who was present during the incident, told a court in 2014 that he had checked the disused area for water before the explosion and had found none. 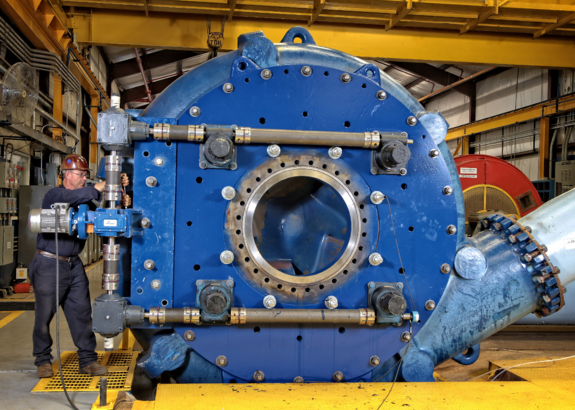 However, following the blasting operation, the miners’ tunnel filled with water. Described as black ink by survivor Jake Wyatt, the water quickly flushed into the mine, trapping the four victims.

Following the blast, a two-day rescue effort was undertaken to no avail, with it emerging that the miners had died almost instantly. Two of the miners who escaped spoke to the BBC. Describing the incident Jake, said “We heard the blast,” he says. “Then within seconds you could hear, I described it as a jet engine. We knew something had gone drastically wrong.”

In 2014, the mine’s manager, Malcolm Fyfield – and the mine owners MNS Mining were found not guilty of manslaughter charges after a three-month trial at Swansea Crown Court. In the same year, the coroner decided not to pursue inquests for the four men.

A subsequent “factual report”, published by the Health and Safety Executive (HSE) in 2015, gave details of the underground investigation undertaken by its inspectors after the tragedy but was unable to explore concerns that had not been raised in court.

Following the incident, a programme of inspections focused on other mines with inrush hazards found the level of compliance with relevant legislation was generally good and no significant shortcomings were found.

Relatives of the four men who died at Gleision are now calling for an inquest. With fellow survivor Nigel Evans arguing, “As it stands, now, nobody’s been blamed. Somebody must take responsibility for four bodies, four men, four lives.”