The Netherlands has consistently punched above its weight when it comes to attracting FDI, though it did experience a dip in 2019. Sofia Karadima reports.

Despite being a relatively small market, the Netherlands has received significant inflows of foreign direct investment (FDI) over the years. Indeed, it was ranked first in attracting FDI inward flows in 2018 in Europe, according to data from the United Nations Conference on Trade and Development (UNCTAD).

Projects on the up 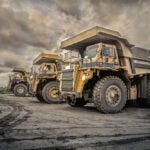 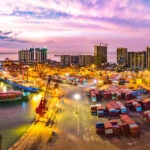 Among the countries that have invested the most in the Netherlands are Luxembourg, the US, the UK, Germany and Switzerland. On top of this, the country is seeking to attract organisations that are looking to relocate from the UK due to Brexit.

The sectors that rank highest in terms of attracting FDI are financial and insurance activities, chemical industry, food and beverage, and wholesale and retail trade.

Despite the attractiveness of the country to investors, the Covid-19 pandemic presents a huge challenge to the Netherlands. Its economy shrunk by 1.7% in the first quarter of 2020, amid a significant drop in exports and retail sales. At the same time, unemployment rose. However, the full effect of the pandemic has yet to be seen, and these figures will certainly worsen.