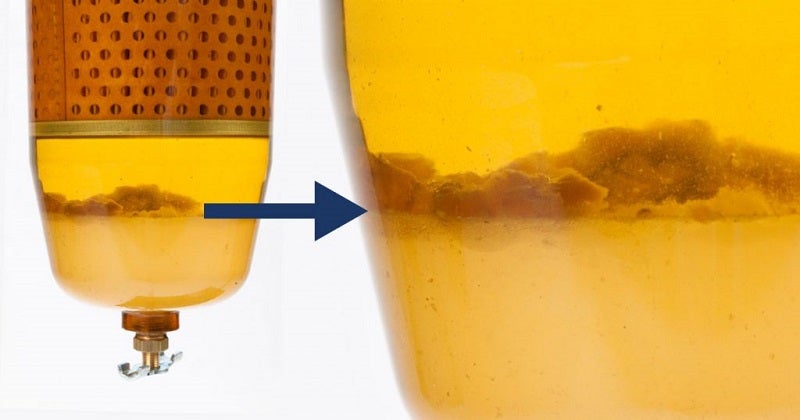 Don’t allow fungi, bacteria and moulds to grow in your diesel fuel and cause serious engine damage. The safe, fast and easy way to kill diesel growth is with FTC Decarbonizer added to the fuel.

FTC Decarbonizer is extremely effective in killing both the live organisms, and the highly resistant spores. It then dehydrates the slimy mass. As a result, little or no fuel filter clogging occurs after treatment. This is a big plus, when compared to most conventional biocides.

How does the diesel growth get there and what damage can it do?

The growth often enters from contaminated diesel tanks, but the resistant spores can be airborne and enter via tank breathers or with dust. To proliferate, they live in the water phase and feed off the diesel. The diesel growth can block fuel lines and filters, and as they decompose, the acidic residue destroys fuel system components.

Simple Steps on how to kill diesel growth with FTC Decarbonizer