Gearing Up for Mining in 2016 with Deloitte’s 'Tracking the Trends 2016' Report: Investment in Innovation - Mining Technology | Mining News and Views Updated Daily
Menu 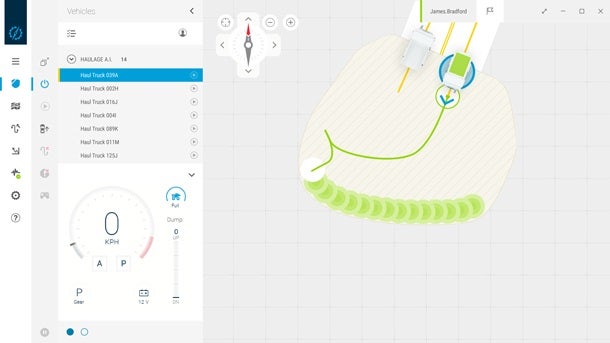 If the last year has taught the mining industry anything, it would be the sheer unpredictability of the sector. Commodity prices continued to dip toward unprecedented lows as the anticipated resurgence of commodities appears farther away than the industry had hoped. Miners are left to brace for more possible bad news in 2016.

But that’s not to say that there are not still opportunities to shave costs, improve productivity, and position for the upswing. Deloitte’s ‘Tracking the Trends 2016’ report details several strategies that will help companies navigate the mine field that is today’s mining industry. Deloitte’s top strategy? Investment in innovation.

One strategy involves a continued investment in innovation," the report suggests.

"In fact, some miners have realized energy saving of 10%-40% by investing in renewable energy installations, deploying innovative energy technologies, and driving towards more automated mine processes to optimize energy consumption."

Beyond improvements in energy consumption, miners can focus on automating both processes and vehicles to achieve significant productivity gains. In an article to World Coal, ABB’s Adrian Beer suggested that the integration of information technology (IT) and operational technology (OT) can help miners achieve dramatic efficiency gains.

"[IT/OT convergence] allows the entire operation to optimize its production processes to maximize efficiency improvements, sometimes as high as 5%-10%, which are results that drop straight to the bottom line."

As sensors become increasingly affordable and as equipment becomes more internet-capable, mining companies will be able to collect and analyze large amounts of data enabling them to pinpoint drains on productivity.

"As the ‘intelligence’ of these machines grows, they will be able to perform increasingly complex tasks, including hazardous activities–reducing labor costs and enhancing productivity as a result." Mining major Rio Tinto demonstrated in numbers released in October that a network of autonomous haul trucks in the Pilbara region outperformed a manned fleet by an average of 12%.

Investment in innovation holds many benefits to mining companies, but this is only one of the suggestions offered by the mining experts at Deloitte.

ASI systems are designed for modular, yet scalable deployment. ASI recognizes the daunting task of...

Autonomous Solutions will be attending MINExpo 2016 in Las Vegas, Nevada, US, between 26-28 September.Come...