On 25 March 2021, the Lagoa do Pirocáua dam at the Aurizona open-pit mine failed, contaminating the water supply of the nearby village, located within the Maranhão state in north-eastern Brazil, of the same name. According to the mine-owner, Canadian company Equinox Gold, the matter was resolved within days.

Yet, more than a year later, the Aurizona community still lives without an adequate and regular water supply, says Dalila Alves CALISTO of the Movement of People Affected by Dams, a grassroots organisation that advocates for the human rights to water and land in Brazil.

“[The] rupture of the Equinox Gold tailings dam on 25 March happened when the pandemic was at its worst, at one of the worst possible moments in Brazil,” CALISTO is quoted as saying in a report on mining during the pandemic. “And despite this, mining activities continued, running nonstop as if nothing had happened.”

The Aurizona case is one of the case studies covered in a report from May 2022 that explores the power imbalance between mining companies and local communities during the pandemic across several Latin American countries – Mexico, Honduras, Panama, Colombia, Ecuador, Peru, Brazil, Chile, and Argentina. The study found that the pandemic provided opportunities for mining, while affected communities faced additional challenges. 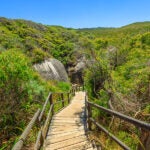 Analysis
What does the aborted Williams Bay exploration mean for Australian mining? 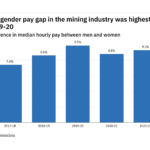 Analysis
Exclusive: How big is the gender pay gap in the mining industry in Britain and who are the worst offenders?

“What we know about the industry from years of experience was unfortunately reaffirmed,” says Jen Moore, associate fellow at the progressive think tank Institute for Policy Studies and one of the authors of the study. “The mining industry will take advantage of moments of disaster or crisis affecting large sectors of the population to its own benefit.”

As an example, Moore names Honduras, where the mining industry has benefitted from crisis events in the last few decades.

“Honduras’ neoliberal mining law was forced through in 1998 in the wake of Hurricane Mitch. A decade later, the mining industry benefited from the 2009 coup, when legislative efforts to ban open-pit mining and put greater constraints on the industry came to a screeching halt,” Moore says. “Now, during the pandemic, we document how company Los Pinares managed to put its highly controversial iron ore mine into production without an environmental permit in a protected area.”

Two years ago, some of the same organisations that are behind the study already warned in another report about continuing mining activities despite the risks for workers and communities. An accompanying statement, which was signed by more than 330 organisations, accused the mining industry and governments of taking advantage of the pandemic to establish new mining projects.

A banner year for mining

While the pandemic affected many sectors, the mining industry has done very well in 2020 and 2021. The top mining companies saw their net profits increase by 15% in 2020 compared to the year before, and in 2021 profits more than doubled.

“By any important measure, mining is one of the few industries that emerged from the worst of the Covid-19 pandemic economic crisis in excellent financial and operational shape,” said PricewaterhouseCoopers’ 2021 annual mining report. “In fact, 2020 was a banner year for the mining sector.”

In Latin American countries, some mining projects faced an initial closure or pause in activity. However, operations often resumed quickly as mining was declared an essential sector.

“In most countries that we looked at, further deregulation or new administrative tax benefits were introduced in the name of economic recovery to facilitate mining operations,” Moore explains.

Meanwhile, the communities that protest those mining projects faced pandemic restrictions that limited their ability to protest and unite.

“Being declared ‘essential’ while entire populations are under lockdown or struck with fear that they will get ill if they continue to meet gave further advantage to the industry,” says Moore. “In order to protect their health, local communities needed to attend to those who got sick, and many put a pause on their assembly meetings for extended periods of time or were otherwise occupied finding ways to sustain themselves in more difficult economic conditions.

“In some cases, administrative procedures were moved online putting communities at a further disadvantage given poor internet access in many places, lack of familiarity with such tools, and the restrictions on participation in virtual spaces.”

The countries featured in the report were hit hard by Covid-19. At the time of writing, they accounted for 11% of global Covid-19 cases and 23% of global deaths, according to figures from the World Health Organisation. Brazil alone has 11% of global coronavirus deaths.

Many communities also faced other health and safety concerns, as some struggled with access to the bare necessities such as clean water, food, and medications.

Before the dam failure, the Aurizona community had a regular water supply that met the expectations of residents, according to Dalila Alves CALISTO .

“There was hardly any shortage and all houses in the community had water available at their taps,” CALISTO says. “During a time where everyone already fears one disease, being affected by other fears and diseases on top of that is very worrying. The people of Aurizona have to live with unreliable access to water. When they do have access, they consume contaminated water, leading to skin irritations and gastric problems.”

“The pandemic also shifted the focus of the public, media, and state away from the dam failure and how it affected the Aurizona community. Without it, re-establishing a clean water supply might have taken less time.”

Fixing the water supply for the community

According to Equinox Gold 's 2021 Environmental, Social and Governance (ESG) report, the company says that the problems with the water supply in Aurizona were caused by exceptionally heavy rain that led to widespread floods, increasing turbidity that the community water treatment plant was unable to remove.

“While the operational structures at our Aurizona Mine were not affected, a small freshwater pond on our site overflowed,” the report reads, saying also that “the community’s water treatment plant was functional within a few days”.

Yet, a report carried out at the request of Brazil’s National Human Right Council concludes that rainfall in the area was within a normal range and that the contamination was due to dam failure caused by systematic neglect.

Dalila Alves CALISTO disputes the claim from Equinox Gold that the matter was resolved within days.

“After protests, the company committed to measures such as fixing the water supply and building a new water treatment plant,” CALISTO says. “But the measures have been insufficient. Even with the new treatment plant, the water does not reach all houses. There is still no access to water at various times during the day and the families don’t trust that the water is safe.”

According to Jen Moore, cases such as these only further underline the disparities between the gains of the mining sector and the hardship of communities around the mines.

“While mining-affected people always face tremendous political and economic asymmetries of power when they defend their land and water from mining or try to seek justice for mining harms, the situation got significantly worse during the pandemic,” explains Moore. “For example, it became harder to get information about mining projects, harder to resolve difficulties and disputes arising, harder to mobilise and intervene in permitting processes, harder to pursue complaints processes with government offices, and harder to mobilise at the national or international level and get media attention on their struggles.”

To questions about the accuracy of the findings of the report, Equinox Gold responded that the “information as published [in the report] is incorrect”. To specific questions about how and where the company measured the heavy rainfall mentioned, the company didn’t respond but referred instead to the quarterly reports and the ESG report “to obtain facts about the flooding last March and our responses to this situation”.

The International Council on Mining and Metals (ICMM) also send a response to the report, saying that they do not agree with its findings.

“In regions across the world, the mining industry played a critical role in supporting communities, augmenting government capacity, and contributing to local economic development during the Covid-19 pandemic,” says Danielle Martin, director of social performance. “In many cases, companies drew on the deep relationships built with communities, often over generations, to quickly get help to the most vulnerable. This included the provision of medical equipment (PPE, respirators, and ambulances), welfare packages, monetary donations to local charities, and infrastructure support (access to clean water, and use of company buildings as field hospitals).

"Companies quickly adapted and added to their existing health and safety protocols to keep operations open and running safely. This meant companies have continued to pay wages, contracts, taxes and royalties, supporting regions where economies continue to struggle and where social development progress has been set back, in some cases by decades.”

Rising violence during the pandemic

Around the same time as the pandemic, violence against environmental activists increased. In 2020, 227 land and environmental activists were murdered, according to figures from Global Witness. It’s the worst figure on record. In reality, numbers are likely to be much higher due to unreported cases. Global Witness hasn’t released their report for the second pandemic year yet, but Frontline Defenders, an organisation that tracks killings of human rights defenders, estimated that 211 defenders of land, environment, and indigenous people’s rights were killed in 2021.

By far, most environmental activists got killed in the Americas in 2020, with the countries featured in the report seeing two-thirds of murdered activists. For most of the killings, the sector could not be specified, but around 7% of killings in the featured countries could be linked to mining and extractives. Among those murdered are Roberto Carlos Pacheco, an activist against illegal mining in Peru’s Tambopata Reserve in the Amazon, and Honduran activist Arnold Joaquín Morazán Erazo, who worked to protect the Guapinol river against pollution from a nearby open-pit mine. Several other people opposed to the same mine have been killed since the start of the project.

Nonetheless, even with the restrictions and added hardships, local communities still found ways to protest. Report author Jen Moore was struck by people’s resilience after she concluded her research.

“Despite the socio-economic conditions made even more difficult by the pandemic, and the necessity of doing their best to protect their communities, families, and themselves from infection, people used every means available to organise and keep going as best as possible,” says Moore. “They did so despite the risks and the significant losses of life in the region from Covid-19, as well as heightened persecution, threats and violence.

“More than anything, the way forward for affected communities and environment defenders requires continuing what they have been doing for a long time and that was reinforced during the pandemic. This includes continuing to exercise and strengthen their processes of self-determination and reinforcing their focus on land and water protection, food sovereignty, and mutual care.”