When it comes to the issue of representation of female artisanal and small-scale miners (ASMs), there are a few recurring trends that are key to identifying how female miners are seen in relation to the industry.

“For sure there is a strong narrative in some contexts that link real concerns about women’s health to claims about women’s moral well being, and the wellbeing of their children in relation to their mining activities,” Doris Buss, professor in law and legal studies at Carleton University, Canada, says, but some policies could be standing on shaky ground.

One of the most striking examples for this is the case of a ministerial order in Kinshasa, Democratic Republic of Congo (DRC), which banned pregnant women from gold mining, an example that Buss and Rutherford have explored as part of their recent research. The reason for the ban was the link to the narrative that women and their children are particularly at risk when present at a mining site.

The DRC mining regulation was first introduced in February 2012 and specified that no pregnant women should be allowed to work in mining supply chains, not regarding the minerals mined there. However, this case exposed the need to look at the specific conditions of mining on an individual basis, to assess the possibility of risks connected to mining. 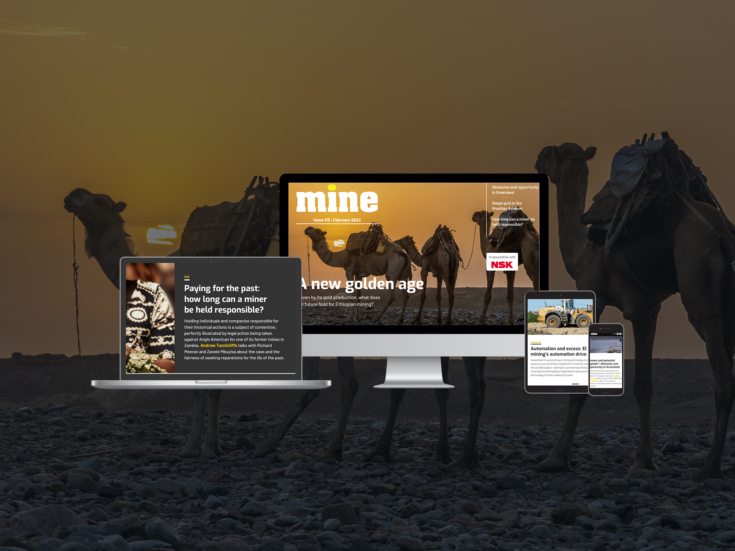 “There are a lot of myths or easy assumptions that really need unpacking about women, children, and mining. So, in the case of pregnancy, the assumption that’s often made is that artisanal mine sites use mercury for gold mining. But while mercury may be used by all kinds of gold miners, it’s not necessarily used in all forms of gold mining, nor in all mining roles. So, there isn’t necessarily a risk to women or to their children,” Buss says.

In cases like this one, existing policies could be heavily based on prejudice and policymakers could be generalising the mining industry and women’s experiences.

“Secondly, women in DRC that we spoke to about the ban said that for them, some of the physical challenges of the mining work are actually less than the physical challenges they face in agriculture. So, while they are pregnant, mining may actually be easier for them. [This is because] there are different roles within mining that women do and some of these are not necessarily more challenging than agriculture, which, if you ban women from the mine sites, is in most cases the next available livelihood to them,” Buss explains.

She adds that this issue is connected to “the third assumption that’s often made in relation to pregnancy – that women bring children to the mine because they’re the primary caregivers and often have children. But again, that also needs unpacking”.

This is another assumption related to concerns with child labour and children who are seen working on mine sites. Often, children might be on mining sites because their grounds are located in areas where people live, with the children there because of the close proximity to their homes.

“In another gold site that we have been studying for a project in Kenya, we do sometimes see youth working in the site, but they’re often working during their school holidays to make a bit of money. So, the assumptions that child labour in mine sites is taking children out of school is also not always the case. In fact, there are other ways we could address issues of child labour in mine sites. If that’s the concern, it has nothing to do with banning women or pregnant women from mining,” Buss says.

Marie-Rose Bashwira, associate professor of entrepreneurship and management role at the Catholic University of Bukavu, DRC, shares that there has been some opposition to those generalisations, which eventually turned into policies.

“Some NGOs, such as Impact, tried to raise awareness on the category of minerals when banning the presence of women. Unfortunately, despite a conference where Impact invited women from the South Kivu and Ituri mines to talk about their experience, this served no purpose. Later, this regulation even passed as an article of law in the new mining code of 2018,” she says.

Contrary to Western ideas that women should have equal rights when it comes to employment, all three interviewees confirmed that from their experience, many women in mining are still being regarded as unsuitable to be present at mining sites, often related to connotations of bringing bad luck.

Bashwira says: “Women are considered bad omen by tradition and customs. In the DRC, for example, local customs amount to excluding women from mining activities, especially those that take place underground.

“Some versions mention that during their menstrual period, women shouldn’t go to the mine because the spirit, which controls the mineral, does not like blood. In case the spirit smells it, it [can] get angry, [cause] landslides or the ore [could] disappear from the pit. While not being able to know when a woman is on her period, it is preferred to deny her access. Another version assumes that the spirit in question is a woman and is jealous whenever another woman finds herself in the pit.”

As visibility of female ASMs in sub-Saharan Africa is beginning to rise, Buss thinks that there is a greater attention to the fact that women are also miners and they pursue livelihoods linked to different forms of mining, which is sometimes reflected in transnational policy initiatives.

“Certainly, we are seeing some movement in laws and policies to recognise the fact that women are miners and should be included in programmes aimed at improving the quality of the mining returns and safety at the mines.

“What’s not clear is how those references translate into specific programmes and interventions. So, if we go back to the DRC mining law for example, all it does is include a reference to pregnant women. But I would say that this is probably a problematic reference,” she says.

With a similar drive to create a working environment with equal status for women in Indonesia, Dian Anggraeni has partnered with a friend to create WIME, an international hub for women in mining and energy where Anggraeni serves as co-founder and governance specialist.

“We are still struggling with gender equality and these issues remain as priorities to be changed,” Anggraeni says.

What is yet to change to better reflect the human rights of female ASMs?

With the slow trend of female miner recognition over the past decade, Bashwira believes that this could eventually have an impact on women at the grassroots and their rights.

“Much remains to be done, though. Until now, while not refusing women to work in ASM, the mining code has not taken concrete measures to encourage more women in the sector. In my opinion, it is because laws are made by men as a majority and they repeat the problems of the ASM sector, [assuming] it is the same for women as it is for men.

“Either in customary beliefs or in official laws, women are not yet considered as a full agent. There are many issues discussed by academics nowadays, but I think policy makers need to firstly consider all these options and try to apply them regarding local contexts,” Bashwira says.

In addition, there is a need to improve formalisation policies, but formalisation has been drafted without the recognition that women are involved in ASM, therefore their inclusion within those initiatives could be limited.

“So if we are trying to improve formalisation, which of course is a big focus in the policy interventions in the area of ASM, and we are also giving lip service to the importance of gender equality, then we really need to combine those two things in a much more sustained way,” Buss says.

She continues: “Another issue revolves around savings and credit. There is a prevalent assumption that all miners can get access to credit, but provisioning of credit and access to credit also has key gendered components. In our research, women almost never have access to formal loans from those who’ve invested in their mining businesses.

“So, looking at the gendered conditions that shape how miners have managed to upscale their businesses in artisanal and small-scale context would be really important.”