So the new global corporation tax deal is here. The details will be a while in coming, but in broad outline the nations of the world have agreed to a lower limit on corporation tax of 15%. The G20 finance ministers met in Washington last week to sign off on the deal.

It’s possible to portray this as something of a miracle. Some countries, most famously Ireland, were making a very good thing out of lower rates of corporate tax: 12.5% for the Irish. As a result of this low rate, many huge multinational companies have established offices in Dublin, through which they have declared much or most of their profits made around the world.

It might seem odd that the Irish Government and the governments of other tax havens have agreed to raise their rates and make themselves less attractive to multinationals deciding where to book their profits.

But the Biden administration in the US – which had promised to make big companies pay more tax, and whose diplomacy has pushed through the new global agreement – was not limited to carrots in persuading Ireland and others to fall in with its plans. 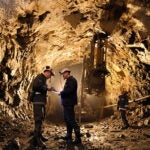 It also deployed a highly effective stick, in the form of its proposed new SHIELD tax regime in the USA, which would have compelled multinationals to pay full US rates of 21% on all US-derived profits if they made payments to entities in nations designated by the US as being low-tax ones.

As Verdict suggested back in July: “Ministers in Dublin might well be thinking right now that 15% of some money may not, indeed, be as good as 12.5% of a huge amount of money: but it’s a lot better than 12.5% of not much, which is what they’d get in a SHIELD world… Other tax-haven governments are probably making similar calculations at the moment…

“It’s possible to suggest, then, that Joe Biden isn’t relying entirely on a carrot-based strategy here … he just might get something done in less than a decade.”

There remain, of course, many details yet to be established. The new deal is also supposed to establish minimum levels of revenue and profit that must be declared, and tax paid on them, in the nation where they are made, not the nation that a corporation might prefer. Details on this are sketchy.

15% is still considerably lower than the corporate tax rates of many nations, so there is still room for tax cuts in some places. Most countries are also seeking to establish exceptions and extra rules that will benefit their own companies and economies, typically at the expense of others. It remains to be seen how all this will work out.

There are those who insist that the entire deal is a bad one. A group of well-known economists, politicians, and intellectuals from the more left-leaning side of the debate sent an open letter to the G20 finance ministers ahead of their summit last week.

Signatories including Thomas Piketty, Joseph Stiglitz ,and Eva Joly argued that it would have been possible to force through a global minimum rate of “21% (or even better 25%, as we advocate)”, figures that could have meant actual corporation tax increases even in relatively high-tax nations.

Whether Joe Biden’s stick was big enough to get agreement to that from nations such as Ireland, Hungary, and Singapore – well, that’s an academic debate at this point. It’s surely possible to agree with Sebastian Shehadi, political editor at Investment Monitor, who wrote ahead of the deal: “Even if things are agreed and implemented, the largest and most affluent will find loopholes. Anything, however, is better than what we have now.”

At the very least, the “race to the bottom” of recent decades, in which nations kept cutting and cutting corporation tax rates to compete against others, now has a clearly defined end point at 15%.

Meanwhile, there are some details of the future on which it’s possible to make a firm prediction.

“Google taxes” will be gone by the end of the year

Some nations, frustrated at the absence of any global consensus on corporation tax during the Trump administration, had decided to take local measures against at least some tax-dodging global corporations. Big Tech companies tend to come in for especially intense criticism on this front, for all that they are no more prone to international tax evasion than other large multinationals.

As a result, a few governments have brought in digital services taxes levied directly on the tech giants’ local revenues – so-called “Google Taxes”. The UK for one has stated that it is committed to removing its digital service tax once an effective international corporation tax deal is in place, so we can expect Britain’s “Google tax” to be discontinued shortly.

We could expect that regardless, however, no matter what the UK’s preferred stance might be; and we can expect all the other nations with “Google taxes” to get rid of theirs too.

That’s because Joe Biden has another big stick that he’s not afraid to use. In June, the Office of the US Trade Representative, which reports directly to the president, announced tariffs to be levied on imports from all nations with digital service taxes, and a 180-day countdown before the tariffs will be implemented.

That clock will run down before the end of the year. It didn’t escape notice that the EU, Brazil, the Czech Republic, and Indonesia had all been in line for US sanctions too, but had all dropped their plans for “Google taxes” before the announcement.

So whatever else happens in the new global tax world, we feel reasonably confident in saying that digital services taxes will soon be a thing of the past.