Rio Tinto’s Gudai-Darri iron ore mine could prove to be one of the largest and most productive in the world. With a mine life of over 40 years and an estimated annual production of 43 million tonnes, the miner’s first greenfield mine in more than a decade could be the cornerstone of Rio Tinto iron for a generation and beyond.

Yet this is not to say that the mine’s development has been without difficulties, including the lateness of production, with iron ore being churned out almost a year behind schedule, and a budget that has ballooned to over $3bn, making this one of the most expensive, and thus risky, investments in modern mining. Rio Tinto is betting on the world’s appetite for iron ore not diminishing any time soon – and the seemingly endless consumption of iron in China is a key part of this assessment – but the question remains as to whether this massive mine will be able to deliver on these massive promises.

Elsewhere, we investigate a series of reports that allege a string of sexual assaults and a culture of bullying in Australian mining, and ask what is to be done. We also consider the challenges of hiring a miner in the modern day, question the sincerity of BHP’s indigenous commitments and profile Australia’s latest rare earth mines. 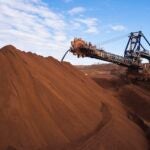 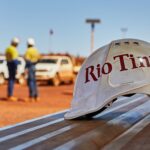 Nnamdi Anyadike asks if the first ore delivery from Rio Tinto’s Gudai-Darri iron mine could launch a new phase of automated mining at its sites across Western Australia.

Two distressing reports have made clear the extent of bullying and sexual harassment in the Australian mining sector. As the industry reckons with their findings, Heidi Vella asks: what can – and is – being done about it?

Many industries have been disrupted in recent years, and Australian mining is no different. Giles Crosse speaks to Zenith Energy COO Graham Cooper about both the challenges and the opportunities this new world presents.

Dominic Hale investigates the sincerity of BHP’s latest round of commitments to support indigenous communities, as environmental and social responsibility becomes ever more important to the world’s miners.

Mining is a famously polluting industry, but Australian mining could be uniquely positioned to offset much of this damage. With wide open plains, miles of coastline and a vast desert, Australia could take advantage of renewable power in a way that other countries can only dream of. With the right private and state support, could the critical Australian mining sector lead the way in renewable-driven industry?