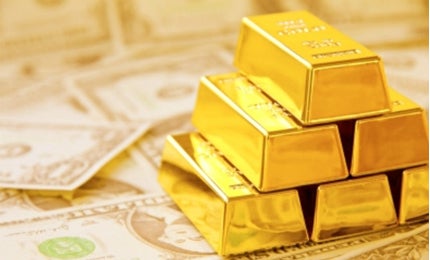 The sovereign debt crisis in Europe. The spectre of the fiscal cliff in the US. Political uncertainty, market volatility and social instability. The prevailing global economic conditions have been brutalising industries and markets around the world for the last several years, creating an environment perfectly suited to surging gold prices.

Gold’s credentials as a safe haven investment in times of economic hardship are well-established, with many major risks in the global economy feeding positively into gold prices. Platinum, on the other hand, is primarily an industrial metal, which suffers from poor economic conditions because of low industrial demand. Despite platinum’s traditional premium over gold, as a result of its scarcity and the concentration of the world’s deposits in a few countries, primarily South Africa, the economy brought its value down to a discount on gold in the latter half of 2011, a position it held throughout most of 2012.

But 2013 has brought with it a reversal of fortunes for platinum, with the white metal’s premium over gold restored around the middle of January. At the time of writing, platinum is selling at $1,689 per troy ounce, with gold lagging behind at around $1,604.

View All
"The Anglo American announcement came at a very opportune time for platinum."

Analysts have cautiously pegged the platinum comeback as a signal of gradual economic recovery as industrial demand for platinum starts to pick up.

Also feeding into the platinum surge was the recent announcement by Anglo American Platinum , the world’s largest platinum producer, that it would close four platinum mine shafts in Rustenburg, South Africa, at the cost of around 14,000 jobs.

Anglo believes the move will help create a sustainable business after a torrid year of unfavourable economics and a spate of violent industrial action that looks set to spill into 2013.

The closures will take hundreds of thousands of ounces of platinum out of the global supply, creating a potential deficit as industrial demand builds and possibly serving to make platinum gains more sustained as 2013 unfolds. And, given that platinum and gold prices are inversely linked because of the converse economic conditions in which each metal thrives, what does the future hold for the value of gold? We spoke to CPM Group commodity analyst and precious metals specialist Erica Rannestad for an expert view.

Chris Lo: Do you think Anglo Platinum ‘s shaft closures in South Africa are as important to the platinum surge as the gradual economic recovery?

Erica Rannestad: Yes and no. The Anglo American announcement came at a very opportune time for platinum, so it kind of piggy-backed off the already demand-positive components of the market. As global economic expectations began to improve, which was around the fourth quarter of 2012 and into this year, you had investors buying up platinum once again, returning to that market, and their demand prospects improving.

Usually platinum will be purchased for its capital appreciation prospects, so when the global economy is expected to do well, fabrication demand is expected to improve and investors will want to buy to ride out that price appreciation.

Anglo Platinum underwent a year-long budget review, which began in January 2012. In the fourth quarter of 2012, the market largely expected that Anglo Platinum would come out and announce they were going to close a number of shafts. So, throughout all of December, a lot of those rumours started trickling into the market, and a lot of people understood that around 300,000 ounces of annual platinum supply would be lost.

So that was starting to build into the price, but then when they came out with the actual announcement [in mid-January 2013], with the loss of some of that supply and they also wanted to sell a mine, then the confirmation did allow a catalyst of increasing platinum prices. So on top of investor expectations improving, with regard to platinum fabrication demand prospects, the Anglo Platinum announcement came out and added an additional portion of the premium price. It was really both.

CL: With macro-economic trends now seeming to favour platinum prices, do you think Anglo American is being slightly pessimistic with its restructuring and shaft closures?

ER: Well, Anglo Platinum ‘s goal is not to balance the market. The problem with Anglo Platinum is that they operate a lot of high-cost mines and shafts. Their problem really wasn’t an oversupply in the market, it was more that they were operating really high-cost mines, which were not economical in this price environment, and probably weren’t really economical in the price environment five years ago.

I mean, the price has increased substantially during the past ten years, and if it can’t be profitable now, it’s not very likely that it can be profitable in other economic environments.

The shafts that they closed down were very marginal contributors to the supply. That said, their announcements have been given a lot of heavyweight because they are the largest platinum producer in the world. So, whatever they say can move the market. But they are closing those shafts up; they could re-ramp them any time they want, really – they’re not selling them. They can also engage in other projects, and they have the capacity to do it.

CL: Do you think the high cost of platinum extraction could make supply deficits more sustained in the future, pushing prices up through 2013?

"Our annual average price projection is $1,710 for platinum, and for gold we’re expecting the price to average $1,645."

ER: Yes, absolutely. The PGM [platinum group metals] markets are really unique in that the supply side is so highly concentrated in South Africa, which proposes a lot of country risk. In that particular country, they have a lot of labour issues and high unemployment rates, so there’s a lot of dissatisfaction within the population.

The labour, the wages, the way that wages are negotiated, particularly within the platinum industry, were not very favourable to the population. Typically, it had been that only the largest labour union would have any negotiating power. That’s actually changing now – Lonmin, for instance, previously only recognised one or two unions, but they now recognise most of them.

And then there are inflation issues in a country – the South African Rand exchange rate is a big factor in terms of cost. So, platinum winds up not being an attractive mining investment because investors don’t want so much exposure to that country risk, but it proposes a really attractive price scenario for platinum.

CL: If platinum continues to gain over 2013, do you think gold prices could come down?

ER: We are actually modestly bearish on gold prices right now, and for the year. The reason for that is because we believe that a lot of the risk premium that’s been built into gold, and all of these factors that have been driving gold over the past few years, is mostly priced into the market now. The Eurodebt crisis issues seem to be, for the most part, fully priced into gold. All the other political, monetary and fiscal issues are mostly priced into gold prices. So we believe prices are actually going to come off over the course of the year, and even into 2014. 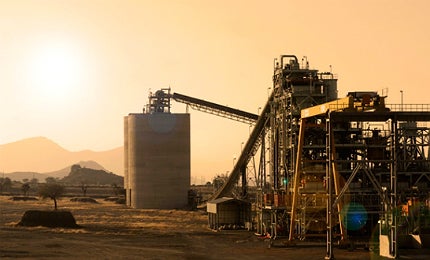 We’re much more positive on platinum, palladium and rhodium prices, because we’re seeing an overall improvement in the global economy, with Europe expected to come out of recession sometime in the second half of the year, and Chinese economic growth improving from last year’s levels.

We don’t believe that there will be any massive selloff of existing investor gold stock. We think that investors recognise that a lot of those issues that have been pricing into gold during the past few years are still present; it’s just that there’s not much more momentum on the upside. They don’t want to sell their gold because those issues are still in the market, but those issues aren’t worsening. So they want to keep a hold of it; there’s still a lot of concern about future inflation mixed with all the monetary easing in the US and Japan, and with the currency issues there’s lots of talk about currency wars right now.