The COVID-19 crisis triggered one of the worst peacetime recessions globally. Even as several economies tread the path to recovery, the surge in COVID-19 cases and emergence of new variants, coupled with geopolitical tensions, will continue to cloud the global outlook.  The Global Risk report uses GlobalData’s proprietary Country Risk Index to determine the existing and future level of global risk by assessing over 50 key indicators, including:   Use our Country Risk Index scores to help you understand future global risk and determine your business strategies, growth plans and investment portfolios.
by GlobalData
Thank you.Please check your email to download the Report.

A recent coal-processing chemical spill into West Virginia’s Elk River resulted in 300,000 people restricted from using their contaminated tap water. For communities in the Appalachia region, in the eastern United States, this is just the latest headline detailing public and environmental health risks in what has been a fast-flowing torrent since the mid-1990s, when the use of MTR took off in the region.

While the incident was described by environmental non-profit group Appalachian Voices as a "relatively small-spill volume", it begs the question of why so many people – 16% of the state’s entire population – are dependent on just one water supply. 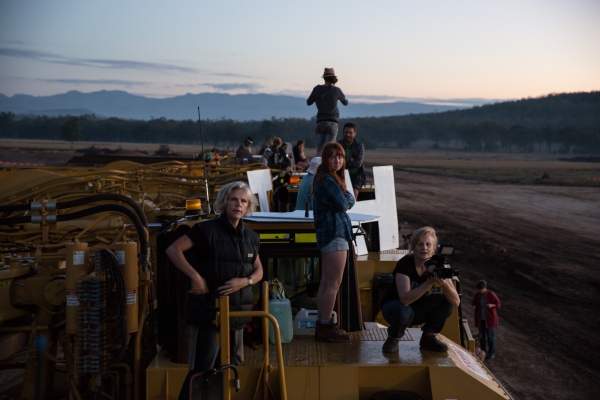 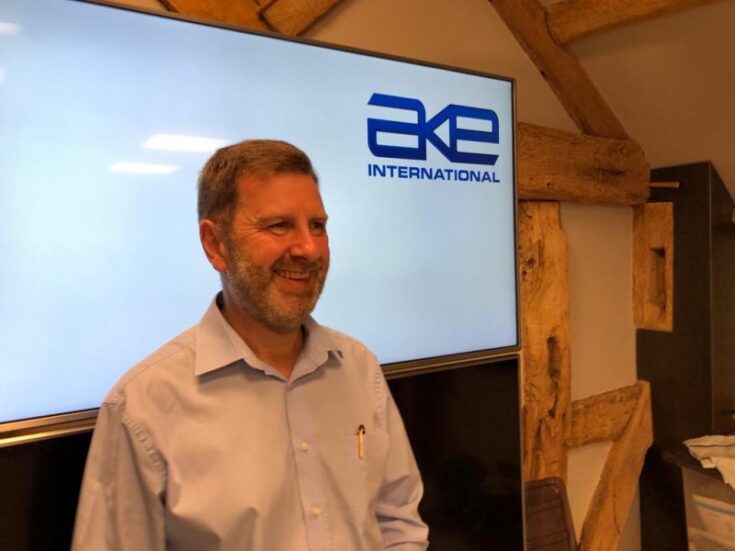 Over the years MTR, which has been used to mine 1.2 million acres in the Appalachian states of West Virginia, Virginia, Kentucky, Tennessee, Pennsylvania and Ohio, has caused contamination of a vast number of streams. In fact, the US Environmental Protection Agency stated in a 2011 memo that "since 1992 more than 1,200 miles of Appalachian streams have been filled by Appalachian surface coal mining practices, at an estimated ongoing rate of 120 miles per year". During this time private wells have been contaminated too so water providers are serving ever-increasing distribution networks.

"With the increasing consolidation of drinking water systems into private hands, any sort of pollution spill, large or small, toxic or not, is more likely to have far-reaching impacts affecting potentially hundreds of thousands of people," said Appalachian Voices program director Matt Wasson.

A form of surface mining, MTR uses explosives to remove the top of mountains so coal seams 500-800 feet below the surface can be harvested. A dragline removes the coal and the debris is placed in nearby valleys. Excess water from processing, the coal sludge, is kept in impoundments; if a leak occurs environmental problems can result.

Balancing the risks and benefits of mountaintop mining

" "The quality of the low-sulphur Appalachian coal and the growth of the US coal industry have led to a substantial increase in MTR .""

“Over the years MTR has been used to mine 1.2 million acres in the Appalachian states of West Virginia, Virginia, Kentucky, Tennessee, Pennsylvania and Ohio.”

Despite the hazards, the quality of the low-sulphur Appalachian coal and the growth of the US coal industry have led to a substantial increase in MTR over the last twenty years. According to the US Energy Information Administration (EIA), in 2011 Central Appalachia produced 185 million short tons, or 17%, of the country’s coal.

There are many benefits as well as downsides to MTM, says mining professional Alex Atkins, who is chief advisor for Sustainability, an Australian-based consultancy firm specialising in occupational health and safety, and environmental and training services for clients all over the world. Having previously worked on the Porgera JV operation in the Papua New Guinea highlands, she says that this form of surface mining has been used successfully in many international locations, such as Indonesia.

The benefits include low strip ratio and, therefore, lower operating costs. "This means a smaller mining equipment fleet, less fuel consumption and less labour," says Atkins. She adds that mining projects can also help build up infrastructure and services for locals, leaving "a positive legacy". "At Porgera, the company provided local police, a hospital, schools and work," she says.

However, there are significant downsides. "Building stable and safe waste dumps and tailing dams is very difficult in extreme topographical terrain," Atkins points out. Moreover, micro-climate changes through mountain removal and dust, blasting fumes, noise and vibration can occur if the project is not carefully controlled and monitored.

Reclamation is another issue. While the National Mining Association says that sites are being restored through mine land reclamation, a 2009 report from the Natural Resources Defense Council shows that of 410 sites being surveyed, 89.3% "had no form of verifiable post-mining economic reclamation excluding forestry and pasture". There were, however, 26 locations (6.3%) with post-mining economic development, including two airports and one hospital.

Without trees and valley fill slopes, rainfall becomes dangerous as there is more runoff production, so communities can also become victims of flash floods. Mingo County in West Virginia has experienced around 20 floods in a decade.

The Appalachian Mountains are a hotspot for biodiversity, but with more than 500 mountains having now been mined using MTR, the region’s ecosystem is at risk.

Turning dust into a commodity

The US Environmental Protection Agency (EPA) has carried out many studies of the region, including a study titled ‘The effects of mountaintop mines and valley fills on aquatic ecosystems of the Central Appalachian coalfields’, and concluded that MTR causes five main alterations of stream ecosystems: the permanent loss of springs through burial under fill, the persistent elevation of major chemical ions downstream, water quality that is "acutely lethal" to organisms, increased selenium levels that cause a "toxic effects in fish and birds" and the consistent degradation of fish communities.

According to more than 20 scientific studies, the health of people living in MTR areas is reportedly at great risk, too. A 2011 study published in the journal Environmental Research, by Dr Melissa M Ahern et al, analysed natality files between 1996 and 2003 and found that birth defect rates were "significantly higher in mountaintop mining areas compared to non-mining areas".

A study by Dr Michael Hendryx in 2011, produced through door-to-door health interviews with 773 adults, found that "mountaintop mining is linked to increased community cancer risks". It also showed that morbidity and mortality rates in the Appalachia MTR areas for many diseases including cancer exceed those in the rest of the US.

While studies, films, protests, articles continue to highlight the risks of MTR, constant legal battles surrounding the Surface Mining Control and Reclamation Act (SMCRA) and the Clean Water Act (CWA) are playing out between activists, communities, coal companies, federal and district courts and the Obama Administration.

But while communities degrade in the background, a review of legislation and the regulatory setting of MTR over the last decade shows a foreground of mainly administrative action, such as rule revisions, redefinitions, appeals and court rulings that are often overturned.

"“A form of surface mining, MTR uses explosives to remove the top of mountains so coal seams 500-800 feet below the surface can be harvested.”

For example, in 2011 the EPA vetoed – for the first time – an MTR permit for the controversial Spruce No.1 mine in Logan County, West Virginia, one of the largest surface mining operations authorised in Appalachia. Waste disposal was predicted to bury over seven miles of streams, impact 2,278 acres of forestland and degrade water quality in streams. However, when the EPA’s action was challenged by the site owner, the court overturned the veto.

"Supply and demand say that this is a valuable resource, worth destroying large areas of countryside," says Peter McCarthy, chairman and principal mining consultant at AMC Consultants. "But, of course, there are other sources of high grade coal which would require imports to the USA, and would reduce their self-sufficiency."

An issue of company culture?

What is behind this incessant discord between communities and mining companies? "Each case is different," says Atkins, who believes in a risk-based, consultative approach to decide on an economically viable mining strategy, but suggests that the issue could be to do with company culture. "This is where the discussion on diversity in leadership and boards is paramount. It is recognised that mining company boards with no diversity often ‘group think’ and aren’t transparent and accountable enough to stakeholders."

Denise Goldsworthy, Owner and Managing Principal of Alternate Futures Pty Ltd and Telstra Australian Business Woman of the Year in 2010, also thinks the problem is cultural. "From a cultural point of view, the pressure for compliance in highly regulated areas – such as environmental compliance in an environmentally sensitive area – is often not compatible with the culture to find the solutions," she says.

But, as authors Lutz, Bernhardt and Schlesinger point out in their report ‘The environmental price tag on a ton of mountaintop removal coal’ published by Plos One, it is "difficult, if not impossible, for policymakers to weigh the costs and benefits of MTR if the environmental impacts are not conveyed in terms of coal production".

To achieve this goal they focused on a study area occupying around 80% of the Central Appalachian coal region and used estimates of surface mining disturbances from satellite imagery from 1985 to 2005 along with cumulative coal production over this period.

Their goal of converting "previously published estimates of the environmental impacts of MTR into units of coal production", found that "to meet current US coal demand through surface mining, an area of the Central Appalachians the size of Washington DC, would need to be mined every 81 days".

While underground mining is often an alternative, it is not possible to mine Appalachian coal using underground mining techniques, according to the industry. In addition, MTR would not be possible without waste disposal in valley fills due to the steep topography of the region.

A community on Coal River Mountain carried out a study to see if the area had potential to generate power from wind farms. According to the Coal River Mountain Watch group it would require clearing 50-100 acres of forest – less than 2% of the proposed mining area – to produce 328MW of wind energy and potentially power 70,000 West Virginia homes.

But whether alternative economies can relieve the pressure of MTR in Central Appalachia or whether, at least until the coal runs out, the practice will continue, the Plos One study has shown that "tremendous environmental capital is being spent to achieve what are only modest energy gains".

"The people of Appalachia shouldn’t have to choose between a clean, healthy environment in which to raise their families and the jobs they need to support them," says EPA Administrator Lisa P Jackson. Whether pro-MTR in Appalachia or against, this "choice" is something all parties should be working to resolve.

The COVID-19 crisis triggered one of the worst peacetime recessions globally. Even as several economies tread the path to recovery, the surge in COVID-19 cases and emergence of new variants, coupled with geopolitical tensions, will continue to cloud the global outlook.  The Global Risk report uses GlobalData’s proprietary Country Risk Index to determine the existing and future level of global risk by assessing over 50 key indicators, including:   Use our Country Risk Index scores to help you understand future global risk and determine your business strategies, growth plans and investment portfolios.
by GlobalData
Thank you.Please check your email to download the Report.