The mining industry produced some big stories in 2012. Australia introduced a 30% mining tax on coal and iron ore; violent clashes broke out between rival unions at Lonmin’s West Marikana platinum mine in South Africa; and commodities trader Glencore launched its bid to merge with Xstrata. Amid these stories, mining costs rocketed, commodity prices tumbled and companies deferred their expansion projects in the face of waning demand.

And the first two months of 2013 have been just as eventful – Chile postponed copper and gold projects valued at $39bn; Anglo American closed four mining shafts hit by South African strikes and Rio Tinto has a new CEO, after reporting a $14bn writedown.

Here, we highlight some of the mining industry’s trickiest obstacles for the year ahead, as well as the most promising opportunities to exploit.

The golden parachute: new issue of MINE Australia out now

There is no doubt that commodity prices have fallen back from peak levels, but some analysts believe the mining industry is still in a ‘super cycle’ and that the sector shouldn’t be too concerned about the recent fall in demand.

“Significant financing for development projects may also be provided by strategic partners or the company itself issuing corporate or convertible bonds which bring attractive rate of returns for investors,” said Keepin.

Another emerging trend in 2013 is the formation of joint ventures. Commodities trader Glencore and Xstrata are currently in the final stages of a $36bn merger, while Silver Lake Resources’ friendly takeover of Integra Mining is set to create one of the largest gold producers in Australia.

In its fifth annual “Tracking the Trends” report, Deloitte notes that depressed valuations and some commodity price slippage may prove “irresistible” to larger mining players with considerable cash flows. “As a consequence, we see a new wave of M&A emerging,” the report adds.

But this doesn’t mean the industry is anywhere near reaching safety perfection, says Deloitte in its Tracking the Trends report.

“Investment in education and training needs to continue for improvement to continue,” the risk management firm states.

Resource nationalism was one of the biggest risks faced by the mining industry in 2012, and the trend is set to continue in 2013. Last year there were a number of countries pushing for greater domestic ownership of mining projects, including Bolivia, which announced the nationalisation of silver and indium mine Mallku Khota, operated by Canada’s South American Silver in July.

The report notes that given persistently high commodity prices, the risk of resources nationalism is likely to grow in 2013. “As the tactics used by governments to extract value from their natural resources grow more sophisticated, they will become difficult to avoid,” Maplecroft said.

Andrew Wheeler, mining practice leader of mining at insurance broker Willis said that one way in which foreign investors may mitigate the risk of resource nationalism is by “building relations with the host state by adopting a sound corporate social responsibility strategy, such as healthcare initiatives, building schools and other community projects.” 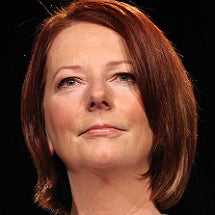 Australia has its own level of resource nationalism in the form of the minerals resources rent tax (MRRT) introduced in July. While little money was made from the 30% tax on coal and iron ore in 2012 – just $130m compared to the $2bn target – analysts fear the levy could be spread to other commodities if Labor is re-elected in September 2013.

Dan Lougher, managing director of nickel miner Western Areas told the Australian in January: “One of our concerns if Labor gets back in is will they change that tax when they see that they’re not making much money, and will they introduce it to other commodities?”

Meanwhile in South Africa, a Mineral Pertoleum Resources Development Amendement Bill approved by the Cabinet in December is threatening to sink the country’s already-struggling mining sector, which has been hit by a series of strikes since August last year.

In Mongolia, coal, copper, gold and silver deposits could also be governed by a regulatory framework – the Minerals Law. If the bill is passed, it will change the way mining licences are awarded and maintained, says a summary from law firm Hogan Lovells published in December.

The global skills shortage and infrastructure access retained second and third spots on the risk rankings in 2012, according to the ‘Business risks facing mining and metals’ report by Ernst and Young, with Australia, Canada, Indonesia, Mongolia and Brazil all facing this challenge.

Deloitte’s ‘Tracking the Trends’ report notes that currency volatility relative to the US dollar has pushed up local prices for equipment, raw materials and labour in mining regions in Australia, South Africa, Canada and Latin America.

“These costs will rise as mining companies move to increasingly remote regions in search of higher-grade deposits,” the report adds.

While China once dominated the market, REMs are being discovered all over the world. In January, China’s largest rare earth minerals producer Baotou Hi-Tech said it expects 2012 profits to fall by between 50 and 60%.