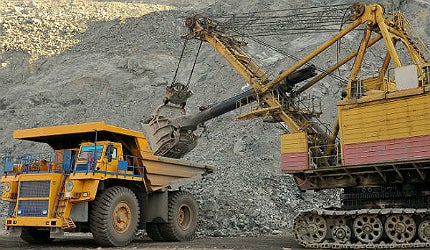 Soaring commodity prices, its geographical location close to emerging Asian economic powerhouses, such as China and India, untapped mineral resources – all of these factors spell both good news and bad for the Australian mining industry.

On the surface, all seems well. Deutsche Bank reported that over the past five years, the average employee at mining behemoths BHP Billiton, Rio Tinto, Anglo American and Xstrata has received an additional 211% of his or her salary. It isn’t unheard of for truck drivers in Western Australia to command annual wages well in excess of A$150,000 (£100,000).

Scratch the surface, however, and these figures belie a worrying truth – while some blue collar workers continue to enjoy unprecedented salaries, companies are desperate to recruit key, specialised personnel such as mining engineers, resource geologists and metallurgists.

"The Australian employment market is still buoyant – although my own view is that it’s come off the peak – and there are still a significant number of jobs available," says Nick EastWood, senior mining consultant at global recruitment agency Hunter Personnel. "However, the right candidates are becoming harder to find."

I begin by asking Eastwood for an overview of the Australian recruitment market in light of the recent warning from Deloitte Access Economics, Australia’s leading private-sector budget forecaster, that the current mining boom will slow more abruptly than expected, and could be over within two years due to decreasing demand from China and falling coal and iron ore prices.

The story is very different for those at the opposite end of the employment ladder. According to a recent article by Australian mining engineer and industry blogger Jamie Ross, new engineering graduates are trapped in a vicious cycle, as they are unable to find work without relevant experience, which is impossible to gain without the opportunity to get a foot in the mining industry’s door.

"Junior exploration geologists, guys who are two to three years out of university and want to go into the bush and bang rocks, there are a lot of them around," confirms Eastwood. "It’s very difficult for them to get their first job, because everyone wants someone with ten to 15 years’ experience."

The reasons for this skills shortfall, at a time when six mega-projects worth a total of more than $150bn are currently in development in Australia, are the subject of heated debate among industry leaders, the Australian Government and mine workers’ unions.

Chief among them is a lack of long-term strategic investment in training a new generation of skilled workers to replace the post World War II baby boomer workforce which is now approaching or already past the retirement age. It’s a subject that Eastwood feels strongly about.

"The big companies are partly to blame for the demise of people entering the mining industry," he says. "In the late 1980s and early 1990s, when things weren’t going so well, they stopped their graduate trainee schemes for purely economic reasons; they simply didn’t need the numbers.

"The knock-on effect was that the colleges then attracted [fewer] people to mining-related courses and consequently shut these down. It was a little short-sighted and now, of course, everyone is crying out for people who could have been trained up ten to 20 years ago – instead they’ve got nobody."

"Interestingly, over the past 15 years, the only country that appears to have increased its investment in educational facilities is Canada," he continues. "Every other location of first or second-world mining operations has cut back its number of mining colleges. Australia doesn’t appear to have reduced its number, but it hasn’t grown either."

"The government’s first priority is always ensuring jobs for Australian workers, but there is a need for temporary workers to help keep our economy strong," said the minister for immigration and citizenship Chris Bowen. "With more than 8,000 workers required during the construction phase of the Roy Hill project, there simply aren’t enough people in the local workforce to get the job done."

"There’s less incentive for Australians to move out of Australia," he says. "It used to be that they’d spend five years abroad – now with workers being taxed on everything they earn overseas, they think ‘why go and work somewhere like the Congo when I can fly home every two weeks’."

On the subject of South America, the Australian mining industry could do worse than look to Brazil for inspiration when it comes to successful collaboration between government and industry. Petrobras’s Programme for the Mobilisation of the Brazilian Oil and Gas Industry (PROMINP), founded in partnership with the Ministry of Mining and Energy, has trained a new generation of Brazilian workers to cope with the demands of the nation’s key market, and many are inevitably seeking opportunities overseas. I ask Eastwood if this renaissance has spread to the mining industry.

"Countries [such as] Brazil have increased investment in education. Secondly, as the mining industry expands, people can see that their skills are transferable – if they can speak English, they can move anywhere."

Australia’s mining boom: 2014 and beyond

BHP Billiton stated in September 2011 that an extra 150,000 mining workers will be required by the Australian mining industry during the next five years. It remains to be seen whether or not Deloitte’s prediction that the mining boom Down Under could run out of steam by the end of 2014 will prove to be accurate – and will force companies to reassess recruitment strategies and wage structures.

Either way, in the short term at least, there remains a chronic shortage of specialist skills which continues to put the Australian mining industry’s ability to meet its production commitments in doubt.