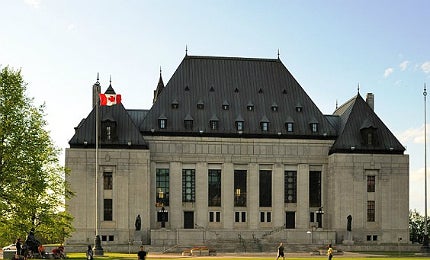 No thriving global industry like this, it’s fair to say, has ever operated without finding itself the subject of controversy at one point or another. But for the international Canadian mining industry, controversy won’t go away, and it routinely finds itself at the centre of nasty allegations related to human rights abuses, crime and environmental irresponsibility.

The golden parachute: new issue of MINE Australia out now

However, another damning report was released by Human Rights Watch (HRW) this January, indicating that Canadian mining company Nevsun has been complicit in forced labour and terrible working conditions at its Eritrean mine, Bisha. And in February 2013 it was revealed that Guatemalan complainants will take HudBay Minerals to court in Canada, its home country, also for human rights abuses.

Given the seriousness of cases such as these, many are asking why the Canadian Government doesn’t monitor and enforce legal regulation on its global mining sector.

Human rights abuses and other accusations

"Many are asking why the Canadian Government doesn’t monitor and enforce legal regulation on its global mining sector."

Allegations against Canadian mining companies these days come thick and fast. The recent report from HRW on Nevsun in Eritrea raises some issues as to why this may be, particularly in regards to companies working in developing countries with extremely poor human rights records.

Eritrea, for example, has one of the world’s worst records in this area. Under United Nations Security Council (UNSC)-imposed sanctions since 2009, the Eritrean people live under strict military rule, with citizens suffering from religious imprisonment and conscription for almost all adults. This compulsory national service often keeps people in forced labour for years, with some working for state-owned construction companies.

When Nevsun began working on the Bisha mine project in Eritrea – its first project, which is 40% owned by the Eritrean Government – at the government’s insistence it employed the state-owned Segen Construction Company to work on building the mine. Segen construction workers, who were interviewed while living as refugees in neighbouring Ethiopia, told HRW reporters that while working on the Bisha mine in 2008 they faced terrible working and living conditions, from inadequate food supplies to unsafe housing. One man claimed he was imprisoned after leaving the site to attend a funeral.

According to the HRW report, when confronted with the allegations Nevsun couldn’t say if conscripts were working with Segen or not, and when Nevsun tried to investigate this, Segen refused to grant them access to workers. When Segen was taken off the project, the government ordered it back on.

HRW’s report accuses Nevsun of not carrying out human rights due diligence when starting the project in 2008 and not confronting Segen about the allegations in order to resolve them. Nevsun’s vice president of corporate social responsility Todd Romain said: "We were disappointed in the recent Human Rights Watch report and [the] lack of balance in the report."

This shows that, even with the best intentions, companies can find themselves entangled in abuses they would never willingly allow, but even if a company faces opposition to change, is it acceptable to the company, and the Canadian Government, that operations should continue regardless?

HRW senior researcher and author of the report Chris Albin-Lackey says of Nevsun’s attempts to investigate Segen’s practices: "[Segen’s] answer was no and they just accepted it."

He adds: "Eritrea is a really good example of why governments need to take a more accurate interest in human rights performance [of its mining companies] when they are working in complex environments like Eritrea."

Nevsun are not the only Canadian mining company under fire. Toronto-based mining company HudBay Minerals is being taken to court in Canada for gang rapes and murder allegedly carried out by its mine security personnel in Guatemala. HudBay deny responsibility, but are accused by the complainants of being "negligent and careless in directing, controlling, and supervising the mining security personnel who committed the rapes".

In 2011, it became public knowledge that at Canadian Barrick’s Porgera Mine in Papua New Guinea, security guards were being accused of allegedly gang raping women at the mine. Barrick has agreed to financially settle with the complainants and offer them counselling and other services.

Others have been embroiled in human rights abuses in the Congo; a 2002 UN report named nine Canadian mining companies as acting contrary to guidelines established by the Organization for Economic Co-operation and Development. In response, the Canadian Government funded a campaign against sexual violence against women in eastern Congo, which then received a negative assessment after an internal evaluation.

The Canadian Government has held committee hearings about a number of these allegations in the past, including Eritrea and Nevsun, but nothing concrete has come out of them. Currently, the only legal framework Canada has for mining companies is an anti-bribery law, which extends outside the country only if a ‘"real and substantial link" exists between the offence and Canada. A bill to address the growing issue, entitled Corporate Accountability of Mining, Oil and Gas Corporations in Developing Countries Act, was thrown out of parliament in 2011.

If the government is failing to put in place a legal framework addressing the issue, can they be considered complicit in it? Secretary general of the English section of Amnesty International, Alex Neve, while giving evidence to the Subcommittee on International Human Rights of the Standing Committee on Foreign Affairs and International Development in February 2012, pointed out that the Canada Pension Plan owned almost 2.5 million shares in Nevsun. He said: "To a certain degree, all Canadians are implicated by their presence in Eritrea."

MiningWatch Canada communications and outreach coordinator Jamie Kneen says: "The government here is very pro-industry and they view allegations of environmental, human rights and labour abuses as public relations problems they share with the industry."

"I think they’re hoping it will go away," he continues. "They only respond to these issues if they are brought in the form of a complaint and even then the complaint mechanisms are bureaucratic and very ineffective."

According to NGOs, the mining industry has also done some aggressive lobbying against regulation over the years, possibly because of fears it will limit companies’ ability to work in developing countries and contracts will be lost to competitors from countries such as China. However, Albin-Lackey and Kneen believe they underestimate the need for the expertise Canadian mining companies offer.

"The argument…is really quite overblown," says Albin-Lackey. "To some degree this kind slippery slope argument is genuinely heartfelt from some people in the industry who are sort of suspicious of how far NGO advocates and other advocates actually want to take things, but in reality…there is nothing that we, or anyone else, are calling on the Canadian Government to keep an eye on that Canadian companies don’t already quite vigorously deny being involved with in the first place."

Nevsun VP Romain said he doesn’t feel the industry needs further regulation as they "do this of our own accord" by "disclos[ing] all payments made to governments in countries in which we operate."

Oxfam America global programme manager Keith Slack says: "There is a lot of pressure from corporations against this because they are concerned about facing potential liability."

What should the government do?

"Even with the best intentions, companies can find themselves entangled in abuses they would never willingly allow."

Many companies working in these complex political environments don’t actually have a lot of experience operating mines and tend to be small companies like Nevsun, so as well as a legal framework, better government guidance could be invaluable.

At present the bulk of the support available from The Department for Foreign Affairs and International Trade Canada, which was asked for input for this feature but did not respond in time, is limited to a $170,000 Corporate Social Responsibly (CSR) Fund. This is designed to assist Canadian offices abroad and in Canada to engage in CSR-related activities, as well as ‘communications and marketing materials’ on CSR and some support from the Canadian International Development Agency.

There is the argument for government sanctions on certain countries; Burma was sanctioned for many years because of its atrocious human rights record, so why not countries like Eritrea?

Slack says bluntly: "If they [Nevsun] can’t operate in a situation without being sure they’re not going to contribute to human rights violations then they shouldn’t be operating."

However, Albin-Lackey thinks sanctions are unrealistic. "It makes a lot more sense to accept that companies are going to invest there, there are potentials benefits," he says. "[The question is] how does one make sure they move forward without making things worse for those who come in contact with these companies?"

Another step the government could take is joining the Extractive Industries Transparency Initiative (EITI). On 26 February 2013, business leaders and politicians, including former Canadian Prime Minister Joe Clark, John Browne and Professor Jeffrey Sachs at Colombia University, urged Canadian Prime Minister Stephen Harper to implement the global EITI transparency standard, which the UK and 40 other countries have already adopted. The initiative is designed to strengthen resource revenue transparency. The government have said in the past that they support the initiative.

There is little doubt Western companies working in the developing world can provide a lot of good; they provide infrastructure, revenue, jobs and often medical assistance and other benefits for their employees. However, it’s important to acknowledge that this good, by Western standards, shouldn’t mask companies becoming complicit in the bad.

"According to NGOs, the mining industry has also done some aggressive lobbying against regulation over the years."

It is also debatable whether these benefits are really so beneficial to poverty-stricken people – a 2012 World Bank report found that resource rich countries aren’t making a significant dent on their poverty levels.

However, the conduct of Canadian mining companies working abroad is a reality that needs to be addressed and, now more than ever, the Canadian Government is being asked to take action. Kneen believes the simmering political pressure could eventually pay off.

"In the end I do think something like this [legal regulation] is inevitable because the Canadian public is increasingly concerned about this and eventually it will become politically necessary," he says.

The alternative, according to Albin-Lackey, is finding out about the "human rights record of its companies…when they read about it in the papers, just like everybody else."

Production at South Africa’s mines has suffered numerous setbacks, including strikes and a decline in the operating environment, causing a major headache for Anglo American, one of the world’s biggest producers.