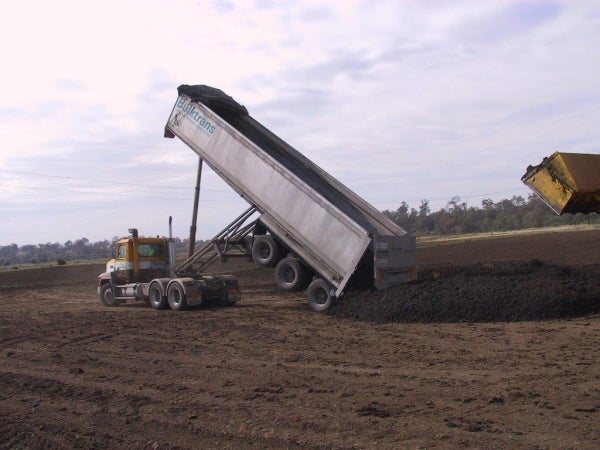 Mitigating mining’s environmental effects is a key driving force for innovation within the industry, and it is only right that such innovation is rewarded. In July, Solid Energy, the largest coal mining company in New Zealand and a state-owned enterprise of the New Zealand Government, received the inaugural Minerals West Coast Environmental Award in Greymouth.

The need for rehabilitation

When mining operations are complete, the change in topography and stripping of vegetation can lead to significant soil erosion – not only washing precious nutrients away and clogging up waterways with run-off, but also creating unsightly and unusable heaps of dirt. This is why rehabilitation of mining sites is so important; it’s important to establish new growth as quickly as possible and allow any land destroyed by mining to be put to better use for forestry or grazing purposes.

With great power: the new issue of MINE is out now

"When mining operations are complete, the change in topography and stripping of vegetation can lead to significant soil erosion."

"Where properly managed, mine environmental staff will have saved topsoil stripped off before excavation and the miners will re-contour the site before trying to re-establish the top soil layer," says Paul Coffey, director of Australia-based Resource Recovery Management.

This top soil is often lost or not sufficient in quantity to cover the entire site, resulting in a low ratio of organic matter to soil and, consequently, low nutrient content. In such cases, using biosolids to bolster the amount of organic matter and nutrients in the topsoil becomes revolutionary in the battle to rehabilitate these areas.

Although biosolids can contain traces of metals – chromium, arsenic, mercury, lead and selenium to name a few – they are also nutrient-rich. These nutrients allow for rapid re-growth of plant cover, greatly reducing any negative impacts to the environment caused by acid mine drainage, sediment run-off and exposed soils, as a result of the mining process.

Coffey says: "It is possible and important to rehabilitate any degraded land, which generally includes mining, where you end up with large amounts of overburden as the final soil profile."

In fact, according to Coffey: "Some mine soil may never grow any flora without the benefit of organic matter."

The new method offered by Solid Energy for rehabilitating mining sites not only provides a solution for the disposal of biosolid waste products, but it also produces high grade topsoil to assist in the refurbishing of land that has been mined. As Solid Energy’s sustainable development manager Phil Rossiter told Mining Innovation News: "The technique is a result of intensive teamwork over a number of years and is sure to become one of the fundamental components of our rehabilitation toolkit."

"Using biosolids to bolster the amount of organic matter and nutrients in the topsoil becomes revolutionary in the battle."

Essentially, using biosolids goes beyond mere waste disposal. It transforms unwanted matter – that would otherwise be incinerated to pollute the air or discharged into the ocean to pollute the sea – into a valuable resource for the environment and economy.

Without the use of biosolids, chemical fertilisers would need to be used to supplement the available topsoil and, according to Coffey, the results are often very poor. When biosolids are used, however, it is possible to spread 200 dry tonnes of biosolids across nearly seven hectares.

Discing is then used to mix the biosolids with the top layer (spoil). This soil is seeded and watered by rain or irrigation, and plant growth that is capable of preventing soil erosion can be seen within 12 weeks. Studies in New Zealand have been conducted since 2007 on the advantages of using biosolids for such purposes – comparisons with chemical fertilisers have shown a visible difference in ground cover growth up to ten months after the application of biosolids.

Not all biosolids are equal

"It transforms unwanted matter – that would otherwise be incinerated or discharged into the ocean – into a valuable resource."

Not all biosolids are considered the same grade. Chemical composition and the level of pathogens contained within the final mixture are deciding factors as to which applications the compounds can be used for. Biosolids containing relatively high levels of pathogens are suitable only for applications that involve road bases and the rehabilitation of mining sites.

According to Coffey: "In the Australian and US biosolids guidelines, pathogen levels are defined as Grade A, B or C, and predominantly assessed by the process of time and temperature, which are the influences on pathogen destruction."

This means Grade A pathogen destruction can be achieved by maintaining the biosolids at 520°C over three days or at 850°C for 20 seconds. Measurements are taken of Enteric viruses and helminth ova, such as Ascaris sp. and Taenia sp. In addition, E. Coli, Faecal coliforms and Salmonella sp. are also measured for Grade A stabilisation.

Only higher grades – those containing lower levels of pathogens – are considered suitable for use in agricultural crops intended for human consumption. Coffey assures us that the regulatory controls for the use of biosolids in all states of Australia are well-researched and documented and address pathogen and chemical contamination, as well as nutrient loading.

Grade B and, sometimes, Grade C stabilisation products are used to rehabilitate mining sites. To ensure that groundwater or run-off does not become polluted by pathogens in biosolids, there is a buffer distance from water courses, farm dams and fences that the biosolids cannot be applied in. The biosolids cannot be used on slopes greater than 100, floodplains or waterlogged soils.

Coffey emphasises that New Zealand has fairly rigorous environmental controls when it comes to using biosolids and there may be more risk from unregulated land application of animal manures than there is from the highly regulated and controlled biosolids treatment.

New Zealand Department of Conservation spokesman Bernie Napp commented at the Minerals West Coast awards ceremony that New Zealanders want to be reassured that local mining companies are doing everything they possibly can to ensure minimal consequences to the environment as a result of their operations.

"Only higher grades – those containing lower levels of pathogens – are considered suitable for use in agricultural crops."

Consequently, another project nominated for the Minerals West Coast Environmental Award involved the preservation of the Powelliphanta Augusta land snail, whose original habitat has been at the mercy of coal mining.

Efforts to preserve this small endangered species included the recent release of 500 additional snails into the local area, in an attempt to ensure its long-term survival and continued existence.

Mr. Napp said: "These entries demonstrate that the significant expertise that exists within the mining industry is being used to produce enhanced positive environmental outcomes for our communities." Indeed, the revolutionary technique invented by Solid Energy is currently being used at the Stockton mine, New Zealand’s largest opencast mining operation, in a partnership between Solid Energy and Downer EDI Mining.