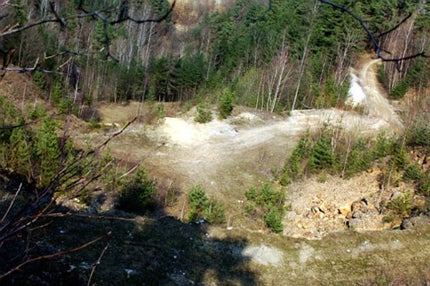 Increasing costs, a volatile commodities market and growing resource nationalism has led many mining companies, especially the smaller ones, to seek out Europe’s underground treasures.

The continent has a rich history of mining that dates back to pre-Roman times, but in recent decades, due to many different reasons, mining activity in this part of the world has dwindled. Until now, that is.

Although executives agree more work could be done, new EU level broad policy initiatives on raw materials and a new deal signed in October 2013 between the EU and Canada to open up markets and eliminate nearly all import taxes, on everything from food to metals and mining products, has also boosted the resurrection of Europe’s mining industry.

Spain – a leader in mining revival

The birth place of Rio Tinto , Spain has a rich history of mining, dating back to the Phoenicians and Romans. After a slow-down in mining in recent decades, Spain, one of the countries hit hardest by the global recession, has become more welcoming to mining, which was six years ago not conventionally regarded as a favourite industry, according to EMED Mining chief executive Harry Anagnostaras-Adams.

This, along with its large labour pool, has attracted many mining firms to the country and now it is a leading region of the European mining renaissance.

The historical Rio Tinto mine, Corta Atalaya, built in 1873 in the town of Minas de Riotinto, which gives the company its name, was once one of the largest mines in the world and was actively mined until 1992. Now it is set to be reopened by EMED Mining and is expected online by 2015.

"Spain has gone from being shy of mining to being welcoming of mining. The political landscape has turned 180 degrees," Anagnostaras-Adams told Reuters in July.

The copper mine will produce 40,000 tonnes per year, rising to 60,000 tonnes within two years. It is expected to directly employ 1,000 people, in a region where 50% of the population is unemployed.

Also looking to Spain is Trafigura Mining Group, the world’s third-largest trader in raw materials. It announced in April that it will invest €300m in its 2.2 million-tonnes (mt) per year underground mine, Aguas Teñidas Mine (MATSA), located approximately 110 kilometres (km) north-west of Seville.

The mine produces copper, zinc and lead concentrates, while it also contains limited amounts of gold and silver. The investment will extend the life of the mine by approximately 15 years and make it one of Spain’s biggest mines.

Another big player in the region is Canadian-junior Solid Resources. In October it signed a joint venture agreement with Glencore Xstrata to progress the exploration and phased development studies of the Cehegin Project, located in the Province of Murcia, in south-eastern Spain, with the objective of identifying and constructing a new iron ore mine.

Solid Resources already has Doade Pesqueira Property in Spain, approximately 25km east of the port city of Pontevedra in the province of Galicia, north-western Spain. It is a tantalum, tin, lithium, niobium and cesium mine that was re-started in 2005, but previously drilled in the 80s.

Lundin ‘s Aguablanca nickel and copper mine located approximately 100km north of Seville is another newish production in Spain. It came on line in 2005, with a brief shut down in 2011. It has estimated remaining mineral reserves for production for another five years.

What Portugal lacks in hydrocarbons it compensates for with mineral potential. The country has a considerable number of ore, industrial and ornamental stone deposits.

The current government has been instrumental in increasing mining activities in the country. In December 2012 it signed eight mining contracts, worth €3.8m, with companies interested in searching for gold, silver, wolfram and other resources. In all, the government has signed around 95 mining contracts since it came into power in 2011.

One of these is with mining company Iron Moncorvo, which is exploring for iron in the borough of Tower Moncorvo. In 2012 it signed a contract with the government for further experimental exploration. In the same year another iron ore mine Mua Mine opened in Torre de Moncorvo.

It’s thought an overhaul of Portugal’s labour code in 2012, which was previously unfavourable to mining companies that tend to operate on a 24 hour basis, has increased interest.

Other established mining operations in the country include Neves-Corvo, a copper and zinc mine that is owned and operated by the Portuguese company Somincor, a subsidiary of Canada-based Lundin Mining. Another is Panasqueira, one of the largest tungsten mines in the world.

Slovakia – riches include gold and uranium

Slovakia has a history of gold mining dating back to the eighth century. The most recent developments are being led by Ortac Resources, which currently holds nine mining licenses in the country.

One of these is the Šturec Project, located in central Slovakia. In May 2012, the company completed an updated mineral resource estimate for the project, which estimated a mineral resource of 1.36 Moz of gold equivalent.

EMED Mining is also currently focused on exploring for gold deposits in Slovakia. According to Anagnostaras-Adams, the country has substantial untapped industrial metals and coal reserves, but its regulations are somewhat out of date. He told Reuters: "Their regulations need to be updated, they are quite outmoded. But the intent is there."

EMED Mining hold the Detva licence area located 25km to the east of the Stiavnica-Hodrusa district. In October 2006, the company announced the discovery of the Biely Vrch porphyry gold deposit within the licence. A subsequent drilling programme revealed it holds indicated 17.7 mt at 0.81g/t gold, containing 461,000 ounces.

Romania, like Slovakia, is also rich in gold. Historic mining in the country dates back to pre-Roman, Roman and medieval times, however, the country still has an abundance of gold hidden beneath mountain peaks in an old mining town called Rosia Montana.

Canada’s Gabriel Resources is planning to mine there, to create Europe’s biggest open cast gold mine.

The project, which the state has a majority stake in, however, has been held up for 14 years because locals oppose mining due to lack of transparency and safe guards in place to protect the country’s environment and heritage sites.

In October 2012, France’s industry minister said the country wanted to develop mining projects on its mainland, reversing decades of mine closures, to help secure its supply of mineral resources.

"It’s a matter of concern for us to renew the mining sector in France," the minister is reported as saying by Reuters.

Mining in France dates back to the Napoleonic era, but in more recent times mining in the country has presented a bleak picture. Recently, mining for uranium ore ceased in 2001 when economically recoverable deposits were depleted. Uranium was mined at 210 sites in the country.

The country, which is trying to stabilise its economy after the global recession, also has aluminium deposits which Rio Tinto has heavily invested in. It invested nearly €80m in its Dunkirk aluminium plant – the largest aluminium plant in the European Union – in the 18 months up to June 2013, and plans to invest at least that much again in the next five years. In 2012 the mine produced of 286,600 tonnes of aluminium.

The following July Rio Tinto sold on two other aluminium projects in France to German Trimet AG and a state run utility company. The companies plan to invest €200m to keep the mines, which faced closure under Rio Tinto , open.

Dublin-based prospector, Karelian Diamond Resources, announced in October 2013 it was applying for two exploration claim reservations, as well as other licences in Finland.

Chairman of the company Professor Richard Conroy told the Irish Examiner: "Finland has the potential to host diamond deposits comparable to the world class diamond deposits found in similar geology across the border in Russia, and by utilising the Rio Tinto data, alongside our own, we are seeing very encouraging signs that that potential may be realised."

The Riihivaara diamond exploration target resulted in the discovery of G9 and G10 diamondiferous indicator minerals, as well as G3 and G4 garnets.

Of late the country has attracted more mineral discoveries and projects because of its favourable mining legislation and attractive tax regime.

Serbia, formerly Yugoslavia, has a history of mining dating back to the Roman times and its mining industry, which has been dormant since the wars that took place in the early 1990s, is now seeing a revival.

Although it is not known how big the deposit is, according to the publication the drill hole in April showed copper ore of 7.2% equivalent, far greater than the average global deposits usually less than one percent, meaning more copper for less rock mined.

Many small firms are being attracted to Serbia for its good infrastructure and new political stability. According to Serbia’s minister for mines, 300 companies are now registered for mining and exploration.

"This is an area which I think will grow in the next few decades in terms of the supply of materials to Europe and the world," Ani Markova, who has invested in Reservoir and Dundee and who co-manages the Global Gold and Resources Fund, told Reuters.

The World Gold Council has revealed details of a first-of-its-kind-report that examines the direct economic impact of gold.

Corporate Social Responsibility must remain a high priority for mining companies despite the current crisis facing the industry, experts have warned.