The 2015 tailings dam incident on the coast of Espirito Santo in Regencia Village, Brazil, is now known to have impacted roughly 1.6 million people.

The collapse is considered Brazil’s worst-ever environmental disaster, contaminating a river for hundreds of miles to the ocean. The incident also massively undermined BHP and Vale’s reputation, following years of fatal disasters across Brazil.

From the dam collapse to Samarco’s reopening and its plans to reach eight million tonnes of yearly production, we follow the miner’s developments over the years.

On 5 November 2015, the Fundão iron mine tailings dam operated by Samarco collapsed and became the largest tailings incident ever recorded. 50 million tons of pollutants and toxic waste were released along 400 miles of the waterway into the Doce River, contaminating crops and drinking water, and killing 19 people. 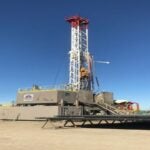 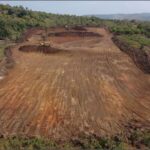 The failure of the dam also caused a toxic brown mudflow to pollute the river and nearby beaches when it reached the Atlantic Ocean 17 days later.

The disaster turned into a humanitarian crisis, with hundreds of citizens displaced and cities along the Doce River suffering water shortages after the water supplies became polluted. The total impact of the disaster is still unknown; environmental consequences and alleged heavy metal-related health risks are still being investigated.

2016 – Lawsuits and the cause for the collapse

Over the course of 2016, 21 people were charged with qualified homicide, including Samarco’s former CEO and representatives from the Vale and BHP board of directors. The defendants and the three companies were also charged with environmental damage.

In March 2016, separately from the civil action, the companies negotiated a deal with the federal and state governments to carry out repair and reconstruction programmes, in addition to the civil actions launched by prosecutors.

Samarco also paid about $6.7m in separate fines to the state government of Minas Gerais, with none of the 24 total fines, accounting to $105m, imposed by the Brazilian environment agency, Ibama.

On 29 August 2016, a report into the disaster revealed that the incident was caused by drainage and design flaws. The 76-page report, commissioned by the companies responsible for the spill, connected the dam burst to a chain of events dating back to 2009, but did not assign blame or reveal specific errors in regulatory practice.

The geotechnical engineering professor who headed the investigation, Norbert Morgenstern, told reporters that he could not answer their questions when asked whether there was negligence or malpractice on the part of the companies involved.

In statements to The Guardian in 2016, Samarco, Vale, and BHP rejected the charges and said that, instead, “safety had been and remained a priority and the dam complied with Brazilian legislation”.

On 1 March 2018, unreported documents by prosecutors involved in the Samarco case alleged that the mining companies had been aware of the threat at least six months prior to the incident, having accurately predicted the potential impact of such a disaster in a worst-case risk assessment.

Federal prosecutors also claimed that Samarco failed to take actions that they say could have prevented the outcome; the company focused on cutting costs and increasing production instead.

José Adércio Sampaio, the coordinator of a taskforce of federal prosecutors, summarised the criminal case against the joint venture and its parent companies by saying that the companies have prioritised profits and left safety in second place.

In October 2019, Samarco obtained the Corrective Operating Licence, approved by the Mining Chamber of the MG State Environmental Policy Board. The company took the decision to restart operations after the new tailings storage facility was completed and its processes implemented, including a South Alegria Pit and a tailings filtration plant for dry stacking.

Samarco said that operation of the first concentrator, the tailings filtration system, is expected to allow approximately 80% of the total tailings to be dry stacked at the South Alegria Pit after beneficiation.

The remaining 20%, composed of water and ore fines, will be transported to the South Alegria Pit, a confined space within a naturally rocky structure, providing greater safety. As part of the new plans, all the water extracted by the tailing filtration facility will be re-used in operations, underlining the sustainability and innovation of the processes.

After independent tests were carried out on Samarco’s preparations for a safe restart, the company said that it is initially expecting to produce about eight million tonnes of iron ore pellets a year.

For additional stability and safety of its geotechnical structures, Samarco said that it is operating its Monitoring and Inspection Centre in real time, 24 hours a day, seven days a week.

On 29 October last year, Brazilian federal prosecutors filed a lawsuit contesting a compensation package for victims from the 2015 collapsed dam, arguing that the package is too low.

At a news conference that month, the federal prosecutors said that the package was far too low given the scale of the tragedy. As part of it, there was a clause asking the victims to waive rights in other parallel proceedings, such as the $6.3bn British lawsuit brought by 200,000 Brazilian people.

The Renova Foundation, set up to manage compensations by the three companies, said that until September 2020, it had allocated $1.8bn to environmental recovery and compensation. As of 31 August, R$2.6bn were paid in damages and emergency financial aid to approximately 321,000 people.

In December 2020, Samarco started producing iron ore pellets at its pelletising plant, which marked the restart of its operations at the Germano and Ubu complexes.

For its gradual production restart, in October and November 2020, Samarco carried out cold and hot commissioning of the structures, where tests ensured electrical-mechanical function of the equipment and increased safety of operations.

“We made the decision to restart gradually, with safety at the forefront, and using new technologies. This moment reflects the Samarco commitment to a sustainable restart, operational safety, the environment, and community relations. We are committed to safe, modern, and sustainable mining,” Samarco CEO Rodrigo Vilela said.

On 29 January this year, Samarco was hit with another, almost $1bn lawsuit from noteholders, who accused the company of ignoring their requests to restructure the debt.

The claim, filed in October 2020 by the Bank of New York Mellon on behalf of noteholders, states that the $898m sought from Samarco is made up of the $700m principal of the notes the plaintiff holds, eight interest payments missed, totalling $161m, and other charges.

The noteholders behind the case say that their attempts to restructure the debt with Samarco have so far been unsuccessful. According to The Sydney Morning Herald, the company has refused to provide financial records for them to assess their ability to repay the debt.