How long can Australia’s love affair with fossil fuels continue – and at what cost to the environment, the diversification of its economy, and its standing on the international stage? The question has been given added resonance recently thanks to the country’s highly publicised political spat with China.

Figures from Argus Media show that, on an average daily basis, exports from the four largest coal export ports in Queensland – one the country’s principal coal-producing regions – were at their lowest level in four years in March. The drop came as shipments from the north-east state’s second-largest coal export base, the 85mn t/yr Dalrymple Bay Coal Terminal (DBCT), plummeted to a four-year low.

According to North Queensland Bulk Ports and the Gladstone Port Authority, coal exports in March averaged 506,900 t/d, the lowest daily average for a monthly period since April 2017, while supplies from DBCT fell to the lowest monthly export volume since the one million tonnes shipped in April 2017.

“The four-year low was due to a combination of Beijing’s import ban on Australian coal, reduced output at Anglo American’s Moranbah and Grosvenor mines that were closed due to safety issues, and smaller mining firms that have either entered administration or cut exports in response to lower demand,” says Jo Clarke, Asia-Pacific correspondent at Argus, an international reporting agency. 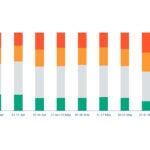 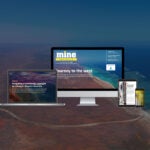 Analysis
Journey to the west: new issue of Mine Australia out now

“DBCT services many of the smaller, more marginal mining firms in the central Bowen Basin, many of which were reliant on short-term contracts or spot sales of cargoes into China. These have been disrupted by Beijing’s import bans that came into force in October and some are struggling to find alternate markets for their coal at prices that are high enough to maintain exports.”

The impact of China’s ban on Australian coal exports

Of the close to eight billion tonnes of coal produced globally in 2019, a sixth is exported, the largest share of which (roughly a third) comes from Australia, according to the Asia & Pacific Policy Society.

China is a significant coal customer for Australia, accounting for around 20% of sales, so losing this is a factor for the coal industry: opinion as to the importance of China’s ban remains divided, however.

“The biggest component of the recent fall [in Queensland] is high-quality coking coal exports to China, which declined from 14 megatonnes in the June quarter 2020 to two megatonnes in the December quarter,” says Roderick Campbell, research director at think tank the Australia Institute. “However, the longer-term trend has been a plateau in Queensland and Australian coal production since about 2014.

“The economic implications of this are not particularly significant. Coal mining represents just 1% of jobs in Queensland and coal royalties are about 3% of the state budget. Despite being a big part of world coal exports, the coal industry is not a big part of Queensland’s economy.

“Any local impacts of the March downturn are likely to be pretty short term. Australian coal sales more broadly haven’t been hit hard by Covid-19 or Chinese restrictions, with other markets taking what China might otherwise have purchased,” he adds.

DBCT will still receive most of its fees despite the lower tonnage since port usage contracts are on a ‘take or pay’ basis, meaning that the mining company must pay for its allocated tonnage even if it doesn’t send the coal. The exception to this is where mining firms have entered administration.

“Low throughput could be more problematic for DBCT in the longer term if export contracts are not renewed,” notes Clarke. “The port was recently listed on the ASX, so there is additional pressure on the port to provide strong returns to shareholders. Low coal prices will impact Queensland’s state budget and in the longer term could reduce employment opportunities – but so far most large mines have remained operational.”

UK-South African multinational Anglo American has vowed to stand by its loss-making coking coal operations despite China’s ban on Australian coal imports, in hopes that the market will bounce back.

“Anglo believes that, longer term, its high-quality coking coal will be in high demand and through the cycle its Australian operations have made significant profits,” Clarke explains. “It also sells a good proportion of its coking coal to non-Chinese buyers in places like Japan, South Korea and Taiwan.”

What is behind the Australia/China trade war?

The tit-for-tat trade war between Canberra and Beijing has escalated since 2012 when the Australian government banned Huawei from building 5G telecommunications networks in the country. In 2016, it criticised Beijing’s South China Sea policy at the UN. Australia has since increased its screening of Chinese investments, condemned Beijing’s treatment of the Uyghur people and Hong Kong, and called for an independent investigation into the origins of Covid-19 in the Chinese city of Wuhan.

China responded to the latter controversy by imposing trade sanctions on an expanding group of Australian exports, coal among them, as well as accusing Australia of racism and paranoia towards Chinese policy, investors, and tourists. The wider impacts on global supplies of coal is still unclear.

“It is likely that high-grade coking coal trade flows will continue to alter, because there are only limited sources of supply,” comments Clarke. “China will be forced to buy more high-grade coal from North America and Russia, and the usual customers for this coal will take Australian coal.

“Lower grade coking coals are more commonly available and the ban could lead to further mine closures in Queensland, although the coal could instead be sold as thermal coal, particularly as high-grade thermal coal prices are currently at two-year highs.”

Foot on the gas: the energy transition in Australia

Major projects such as Adani’s A$16bn Carmichael mine continue to be approved, despite stricter environmental legislation in Australia. According to Campbell, fossil fuel subsidies hit A$10.3bn in 2020, and that looks set to increase with the recent announcement by the federal government that it will fund a $600m gas-fired power station in Kurri Kurri in the Hunter Valley, New South Wales.

“Australia Institute modelling has shown that the economic impact of a coal phase-out would be minimal,” he says. “This could be achieved simply by not approving any new coal mines and allowing existing mines to work for the remainder of their approvals. Such a moratorium on new coal mines was recently endorsed by former Prime Minister Malcolm Turnbull.

“Phasing out fossil fuels from the energy system in Australia is well under way, despite various government attempts to stymie this transition. Australia is well on the way to addressing system security and reliability issues in our main grid.”

Even though it increasingly appears to be in favour of gas for domestic generation, the federal government in Australia continues to throw its weight behind the country’s coal industry as an export. However, how much longer that policy remains viable, in light of the China export ban and global efforts to decarbonise industry in light of the 2015 Paris Agreement, remains to be seen.